I am late to the conversation about Adam Kirsch’s recent sortie into the digital humanities, hack v. yack debate. In fact, I am reluctant even to attach this piece, however tangentially, to that discussion, in part because many others have written such excellent responses to and critiques of Kirsch’s argument. Yet, I must admit with its throwaway rhetorical question, “Was it necessary for a humanist in the past five hundred years to know how to set type and publish a book?,” his essay provided a focus for some of my thinking about the past, present, and future of the book, and the work Kris Shaffer and I have undertaken to launch a new experiment in long(er)-form publishing for Hybrid Pedagogy. Where before, I was armed and armored, but roaming the countryside aimlessly, with Kirsch’s question as a lens I could at least see the windmill on the horizon.

For me, this question was provocation to deep and thoughtful inquiry. Even answering it in its narrow, literal sense of “Did humanists during the last five hundred years ever have to fabricate and publish copies of their books?” requires one to unpack who counts as a “humanist,” do “humanists” include people other than “humanities scholars,” what are “books,” and what did it mean to “publish” a book whenever and wherever said humanists may have been working. Interpreting Kirsch’s question more broadly, as “Was it necessary for humanists in the past five hundred years to know how to make their own books and tools?,” to respond in the negative requires a definition of “making” that doesn’t include writing within its frame of reference. It also requires overlooking quite a bit of material history suggesting humanists often had to fabricate books as well as all kinds of tools — from pens to compound microscopes — necessary for their work. Kirsch probably knows all of this; what he really seems to be asking, therefore, is whether the manual labor that makes humanistic inquiry possible should ever “count” as the “work” of humanism or have a place in humanities pedagogy. For Kirsch, the answer seems to be a pretty obvious and emphatic, “no, it should not.”

The labor of making — whether it’s books, pens, and microscopes; or buildings, paintings, music, and dance — has historically been essential to humanist inquiry in any number of ways. Why then is some of that labor valued differently, or not at all, within the modern academy? To what extent are the distinctions we draw between “humanism” and the “humanities,” between what counts as the humanities and what doesn’t, between making books and writing them, between physical and intellectual labor, informed by the omnipresent and often invisible ontological logic of late capitalism?

I have tried to describe elsewhere the metaphorical tyranny one particular idea of the book — as a printed monograph or novel comprising pages filled mostly with words — exercises within copyright jurisprudence. We should guard against its encroachment into the discourse we use to talk about the humanities generally, and the digital humanities in particular. That’s a difficult task in part because books and reading are of course central to humanistic inquiry, and also because they provide such useful metaphors when we are trying to explain to non-expert audiences what exactly scholars are doing when they study non-textual objects. As Kirsch inadvertently demonstrates, however, the same metaphors that might be used to expand our understanding of humanities scholarship can also be used to constrain it.

In order to avoid becoming ensnared by our bookish metaphors, I propose we use them judiciously, let them evolve spontaneously, and abandon them when they get too sticky. To that end, we might consider carefully deploying the terms “humanist” and “humanism” a bit more freely in describing ourselves and our work as teachers and scholars. Distinguishing “digital history” from “digital literary studies” is valuable because it reminds everyone the “humanities” are not synonymous with “English and comparative literature.” “Humanism” similarly expands the signifying power of “humanities,” by providing a different historical and symbolic context through which we gain access to new metaphors, and which might even allow us to dispense with the need for them in our more public conversations about what the humanities are and why they are essential.

Rather than seeing “humanities scholar” as interchangeable with “humanist” as Kirsch seems to do, what happens when we begin thinking of humanities scholarship as just one part of a broader humanist project? For a start, we might see a renewed engagement with the history and definition of humanism. For myself, I would love to see an attempt to reimagine humanism, not as an emergent characteristic of modernity and thus limited to a particular historical moment or set of socio-economic conditions, but rather as an ongoing process, a human attempt to understand the world around us using the physical and intellectual tools we have to hand in any given period. In this way, we might come to grips with a more inclusive humanism, one that is not so messily entangled with secularization, or dependent upon the construction of dominant man over a subordinated nature.

Further, thinking of humanities scholarship as humanism creates a discursive space within which metaphors involving reading and books become less necessary, where coding can be discussed as a humanistic endeavor, not simply because it is “like writing” and computer code can be read “like a book,” but also because, as Kate Milberry argues, it can involve building “web applications and platforms that are autonomous and secure, that defend against corporate and state surveillance, and that are designed with the intention of promoting the new social relations of another, better world.” Within this same discursive space, it becomes possible to ask questions like, “Why are reading and writing books central to the work of humanism?” and “What kinds of books, and what sort of editorial processes can be most useful for humanists as well as the humanities?” These are the questions I will pick up in Part 2. 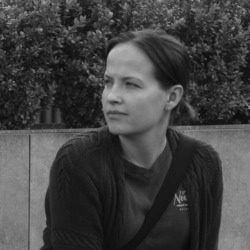 Robin Wharton
Robin Wharton is a board member of Hybrid Pedagogy Inc. She has done interdisciplinary work in digital humanities and pedagogy, critical theory, and medieval studies.
Twitter RSS
http://www.robinwharton.com
Read more articles by Robin Wharton.
CFP: The Generative Literature Project
Frederick and I are unlikely friends. We met as faculty members at Clark Atlanta University. We didn’t really know each other that well when we worked together, but after he left to take a job in Maryland and my job at Clark Atlanta started to shift, we talked more

Discovering Natural Classrooms: Hybrid Collective Learning Spaces
For many, the classroom is an alienating place. There are environmental factors that play into this (and monetary factors that play into these environmental ones). There are stigmas, expectations, and traditions that may interfere with learning. In attending and visiting various college campuses around the country I frequently see the