In a string of recent education articles, researchers have praised the benefits of hand-written notes and instructors have forbidden computers from classrooms. Frustrated with her student’s technological fixation, Associate Professor Carol E. Holstead reports, “I told students they would have to take notes on paper. Period.” In such a learning environment, Anne-Marie, who can’t listen without pen in hand, would thrive. Rick, though, who relies on various technologies to supplement or replace handwriting, would struggle.

Holstead’s preference for handwriting over technology is part of a recent trend to ban laptops in the classroom advocated by critics such as Hinda Mandell, Dan Rockmore, and Anne Curzan. Recently, National Public Radio even picked up the story, reporting that “there are still advantages to doing things the old-fashioned way.” All describe common problems: student distraction and their reluctance to process information, perhaps the defining pedagogical concerns of the 21st century. As educators race to address these problems, though, disability has been noticeably absent from the debate.

This debate is about more than the best way to take notes. It is about the assumptions instructors make about students. It is about the narratives educators construct about learning. All too often, underlying discussions of appropriate student behavior and traditional best practices are narrow visions of students’ abilities and classroom praxis. Seeing a study body as an undifferentiated group leads to strict rules and single solutions.

Jay Dolmage is frequently quoted for his observation in Disability and the Teaching of Writing that “too often we react to diversity instead of planning for it” (21). What would it look like to integrate disability into the screen debate, into pedagogical understandings of the classroom space and writing technologies?

If an instructor honors official accommodation requests and lets the student be the exception with a screen, it forces students to out themselves as a person with a disability, which can come with considerable stigma. Ramona Paetzold et al. studied students’ perceptions of people with disabilities — specifically individuals granted longer test time — and found that “granting an accommodation was seen as less fair than not granting one” (27). With that kind of social pressure, it is unsurprising that many students don’t report, and as a result, instructors then think they don’t have many disabled students and don’t need to plan for their inclusion. Exclusive policies could deter students from taking the course from the outset.

The issue of screens, though, does not only affect those denied them. Students with Attention Deficit Disorder and Obsessive Compulsive Disorder might find the distractions of a large lecture space difficult to overcome, and these distractions are likely increased by the screens of fellow students. So what’s the answer?

There is no one answer even within one classroom. In contrast to singular best practices such as a universal ban on screens in classrooms, disability studies promotes multi-modal options and flexible design. When information and tasks are presented across multiple modes, it opens choices for users about how best to access that information. So, a lecture video would contain captions as well as verbal descriptions of any visual information, such as a graph. This seemingly basic principle is far from simple, though, because, as the notes debate shows, our tendency is often to choose the “best” mode for students. This foreclosure of choice is investigated in  the webtext “Multimodalilty in Motion.” Six disability scholars demonstrate the many ways that digital space, which is often assumed to be accessible, excludes disabled readers, and they advocate for creating more choices. Individual users are better equipped to make decisions about their own abilities than authoritative requirements, and so we return to the choice lying with students.

It is not lost on us that our experiences with small writing-intensive classes are markedly different than those of instructors with hundreds of students in lecture halls. These spaces, themselves, maximize numbers and to do so make big assumptions about the kind of people who work within those spaces: the ability to climb stairs, see and hear across long distances, maintain focus amidst large crowds, stay awake in a room darkened for a presentation, etc. These spaces, which seemingly make information more accessible to ever greater numbers, make it less accessible to many, many individual students.

Instructors, too, note their drawbacks. These spaces make students feel anonymous and hidden enough to spend the class checking social media or texting friends. That’s what the screen ban policies are supposed to help. But this approach takes an inaccessible space and makes it less accessible. It follows the same logic of the underlying classroom architecture by assuming students are the same and by treating them in one limiting way instead of in multiple and flexible ways. It does not question the limits of the pedagogical and institutional setting, but rather “solves” the problem by further feeding into it.

These kinds of rules envision a learning environment in which any student can be dropped in and function well without an instructor having to negotiate space, skills, or learning with those individual students. Disability scholar Stephanie Kerschbaum notes that “access will always require the hard work of negotiating among all members of a classroom community, and teachers cannot know, predict, or assume who those members will be nor what moves will be needed.” Spaces like large lecture halls often lock teachers into inaccessible pedagogy but could more productively lead us to push back, to hack these spaces, to cooperate with students to make them more accessible. This will inevitably look different for different populations.

When new social science experiments demonstrate that a majority of participants do well with a particular learning tool, instructors may feel pedagogically justified in requiring that method. However, mandating a universal use of tools does not plan for diversity in the classroom but rather treats it as an afterthought. There are several normalizing leaps involved in moving from “65% of students succeed with this tool” to “All students must use this tool to succeed.”

Certainly instructors don’t mean to suggest that the disabled are doomed to inferior educations. That is the implication, though, when students cannot implement the quickly hardening conventional wisdom that handwritten notes (or the next throwback to no tech) are superior.

The ideologies underlying many of our traditional spaces and traditional practices often fail to take disability into account. As uniquely disabled instructors teaching a population of uniquely disabled and abled students, we offer not one answer, but rather a way of thinking about the problem — one that focuses on disability and accessibility, one that looks outside traditional ableist logic to make classes more accessible to all students.

By making disability a part of the conversation — or perhaps, more pointedly, by acknowledging that it is always an integral part of any conversation about learning and pedagogy whether we explicitly acknowledge it or not — we encourage instructors to evaluate classroom spaces and pedagogical practices for accessibility. Do your practices privilege one sort of body-mind over another? Would contingency plans for accommodation be better integrated into teaching methods as a choice rather than an exception? Identifying the potentially ableist logic of our pedagogies is only the first step, however. Designing inclusive learning spaces is a process, one that must be reevaluated on a continual basis, and one where our students need to be invited into, rather than be treated as the recipients of, “best practice” authoritative models of teaching practice. 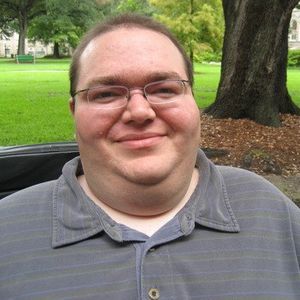 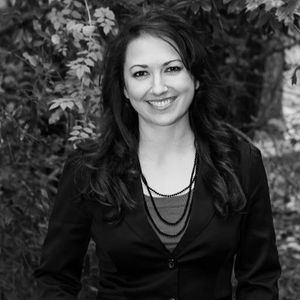 Anne-Marie Womack
Anne-Marie Womack is a Senior Postdoctoral Teaching Fellow at Tulane University. Her research interests include rhetoric and composition, disability studies, and women's and gender studies.
Twitter RSS
http://writingrhetorics.com
Read more articles by Anne-Marie Womack.
Using a Compass without a Map: The Journey of a Mother-Educator
Orienting Inquiry and Process We shape our lives at the intersection and interstices of choice and chance. Subject to the vicissitudes of chance, we must ask ourselves what choices we can make that purposefully reflect the values we hold and those we wish to see take root in the world.

CFP: Preparing Graduate Teachers
This is an open, ongoing call. You can read the articles already written in response, or consider contributing your own. The May 2016 #digped chat hosted by Digital Pedagogy Lab highlighted the disconnect between the work graduate students are asked to do and the training they are given. For graduates