Every fall when I ask my first year students, “Why did you choose the College of Environmental Science and Forestry?” at least one will answer, “I want to save the world.” By the time they are sophomores, my students have taken rigorous science courses that focus on environmental issues. When they do group projects in the research/composition course I teach, I’m impressed with their topics, the depth of their knowledge, and their passion.

What seems wrong is that their presentations are only to each other. Sure, they invite their friends, but at a small college where everyone takes a whole bunch of the same courses, that’s not a very satisfying audience. The students teach me and have changed me — dramatically — but I shouldn’t be the only person to benefit from their knowledge and fresh ideas.

I’ve often wished I could unleash my brilliant, passionate students on the world. I don’t want to wait until they grow up, finish grad school, and get jobs. I want them to be part of the conversation about environmental issues that’s happening right now.

I was thinking these thoughts last August when I stumbled into MOOC MOOC as casually as I might walk into a neighborhood bar. Someone I followed on Twitter sent out a message that everyone should sign up for MOOC MOOC, and so I did. I mean, this guy seemed like a cool teacher — he’d linked to stuff his students were doing with the Occupy movement and I’d caught Twitter bits of smart conversations about pedagogy — so I trusted him. I didn’t know what a MOOC was, but I figured I’d learn.

MOOC MOOC, it turned out, was a week-long Massive Open Online Course (MOOC) about the MOOC phenomenon. It was a flexible yet structured learning experience based on participant pedagogy and connectivist learning. There were articles to read, folks to chat with, tasks to do, YouTube clips to watch, and a wealth of learning opportunities. It was like walking into Willy Wonka’s Chocolate Factory and being invited to eat whatever I wanted. It was overwhelming and confusing and delicious.

My learning curve for the technology was steep. I’d never before used Storify, or uploaded a video to YouTube, or collaborated in a Google Doc. In fact, the last time I’d taken a course, I’d used a typewriter. But MOOC MOOC had hundreds of participants, which meant there was always someone online to help me out. Even in the middle of the night, folks from halfway around the world would appear as if by magic when I had questions.

My favourite MOOC MOOC hangout became Twitter, the bar where everyone knew my name and would retweet any corny metaphor I came up with. Through the #moocmooc hashtag, I met intelligent, thoughtful people who wanted to talk about learning and teaching, who gathered every evening to share intoxicating ideas. I found myself behaving the way I do at academic conferences — making small talk, looking for connections, figuring out who had cool ideas about pedagogy, and deciding what topics I needed to explore in more depth.

MOOC MOOC spun a web that stretched to countries I’d never been to, a network of people who sent me links to useful resources while engaging in the kind of silly banter that happens inevitably amongst folks who love language. Like any spiderweb, it was mostly invisible, but sometimes in the early morning glow of my computer screen, I’d see the web outlined in sparkling drops of dew, each drop shining and reflecting and amplifying all the other drops.

Through MOOC MOOC I became part of a community who kept challenging me to learn long after the course ended. I read articles in Hybrid Pedagogy and blogs by smart writers like Chris Friend, whom I’d met at a MOOC MOOC Twitter social. I joined #digped chats, intense one-hour online conversations about digital pedagogy. I participated in DigiWriMo, including an absurdly fun game of Twitter vs Zombies, which marks the first time I’ve ever played a game on a computer. I watched and cheered while Jesse and Pete, two of my MOOC MOOC heroes, gave a talk that acknowledged the importance of play. I attended several group video chats with MOOC MOOC friends. The conversations tended to go something like this, “You should all read this book. Hey, here’s my cat!”

My epiphany happened last November, during that ten minutes before class when my students and I usually talk about whatever we’d done over the weekend. I was telling them about Twitter vs Zombies and this cool network of colleagues all over the world who were willing to help me figure out this confusing technology. My students were laughing, because they are also my tech support. One of them had, in fact, jumped onto Twitter to save me from a zombie that weekend.

That’s when I realized that I want my students to have what I’d gotten in MOOC MOOC. I want our conversations to extend far beyond the walls of our classroom. I want them posting their ideas on blogs, performing their ideas on YouTube, and talking to folks on Twitter who are hungry for knowledge and new ways of thinking. I want to help weave them — and their circles of connection — into a sparkling web that stretches around the globe. I want them to figure out how to do this not just for one semester, but for the rest of their lives.

I keep thinking about Bill McKibben, the well-known environmental writer who is the genius behind 350.org, a global grassroots effort to combat climate change. He’s a smart and brilliant writer, but the reason he’s the leading climate activist in the country today is because he’s learned to use the Internet to do grassroots activism on a global scale.

So I’m MOOCifying my course. Inspired by MOOC MOOC friends who also want to take down the walls of the university and re-invigorated by a second MOOC MOOC this January, I’m going to abandon some traditional forms of teaching writing. I don’t want my students to focus on “forms of writing that don’t exist anywhere in the world except in school.” I don’t think the traditional essay form will serve them well in the world they live in. I don’t want them to spend their time obsessing over citation. I want their writing to be organic and generative. I want them to see communication as a three-dimensional act. I want them to have the disruptive experience of writing in the real world. I want to acknowledge the ways they learn best. I want to change their thinking about what a course is and can be. I’m asking them to read Net Smart by Howard Rheingold so they can be smart about how they use the Internet. I’m going to get them to interact with some of my colleagues’ students in other parts of the world. I want them to learn online as well as in the classroom, go public with their ideas, and use the Internet to enter into a complex and messy conversation.

My students are going to save the world. I have no doubt about this. I’m just trying to figure out how I can best help them do it. 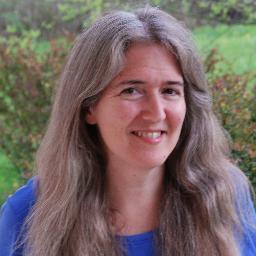 Janine DeBaise
Janine DeBaise is a writer, ecofeminist, and blogger who teaches at SUNY-ESF in upstate New York.
Twitter RSS
http://www.JanineDeBaise.com
Read more articles by Janine DeBaise.
A User’s Guide to Forking Education
At exactly this moment, online education is poised (and threatening) to replicate the conditions, courses, structures, and hierarchical relations of brick-and-mortar industrial-era education. Cathy N. Davidson argued exactly this at her presentation, “Access Demands a Paradigm Shift,” at the 2013 Modern Language Association conference. The mistake being made, I think,

A Bill of Rights and Principles for Learning in the Digital Age
On December 14, 2012, a group of 12 assembled in Palo Alto for a raucous discussion of online education. Hybrid Pedagogy contributors Sean Michael Morris and Jesse Stommel gathered together with folks from a diverse array of disciplines and backgrounds, representing STEM fields, the humanities, schools of education, corporations, non-profits,