As an independent academic operating outside the university, I move among the roles of publisher, editor, poet, curator, activist, critic, teacher, administrator, designer, producer. I belong to creative communities and circles — not institutions—and have the freedom not only to move among roles, but also to invent and inhabit new creative contexts, inviting others to collaborate. I don’t get paid for most of the work I do, but flexibility, meaning, and freedom are also forms of compensation, as well as privilege. One of these creative communities, Verse Wisconsin (VW), is a hybrid print-online poetry magazine that I co-edited, published, designed, and was the webmaster of for five years with another Madison poet, Sarah Busse. Our final issue came out last April, providing opportunity for reflection: What have we learned? What can we share with creatives, inside and outside universities, who are building their own artistic republics and neighborhoods? What happens out here in the community (as “Public Humanities” likes to call the vandals at its gates) that doesn’t occur inside the university or other large arts institutions?

I offer the perspective of a failed — and I mean that in the best way — tiny arts organization: a print-online publisher of poetry and verse drama, spoken word and visual poetry, seeking performance-based, activist alternatives to publication; a pedagogy & editorial praxis informed by performance-poetry; and a Midwestern poetics/aesthetics informed by the present, not just the past. More barn razing than raising; more meth than myth; goth and gothic; aware of current political/economic/cultural realities; always, but also increasingly, urban and non-white; the human in the humanities besieged not just by external forces, but also by its own non-responsiveness to the immediate human, to local problems, concerns, resources and changing circumstances.

These remarks focus on how performance poetry — performing poetry — has informed, increasingly, Verse Wisconsin, its projects, and our vision of publication — or more aptly, making poetry public, as one means toward responsive, community-building poetic practice and possibility, and how making poetry public informs, in turn, a different understanding of the roles of editor-teacher-expert.

Rewind to February, 2011, and the political protests in Wisconsin, when Sarah Busse and I were trying to formulate a response to tens of thousands of people gathering daily down the street from where we met to discuss submissions. Should we make a statement about what was happening in our home town? Would that help? Why not instead issue a call for poems—one that invited our neighbors to engage in thoughtful discussion through poetry? Which is how Verse Wisconsin came to publish, beginning February 18th, a spontaneously conceived “Poems About the Protests” issue simultaneously as “notes” on Facebook and as a special online “Main Street Issue.” Although it may not have traveled far outside the borders of Wisconsin or even reached many of those following the protests in-state, the call put us and other poets in touch with a larger community of arts activists. If social media creates certain threats with respect to “real” personal relationships and community, we learned that it also creates opportunities. I would point to this issue as the beginning of what we came to think of as digital place-making. It gave us new ways to share poetry, new definitions of poetry and publishing, and new opportunities to discuss the role of poetry in civic spaces with all kinds of people. The call itself was a response to our interest all along in bringing poems into the public square.

A small circle of poets working together allows for the possibility of spontaneity in ways that institutions, by nature, do not. Of needs assessment that takes hours or days, not months. Of reacting to circumstance. In theater and performance, improv and other kinds of games teach trust and deep listening. Teach focus on the present moment. Teach physical awareness and awareness of breath. Teach, in the case of Boals’s Theatre of the Oppressed, active participation. Though written poetry prioritizes word craft, excellence of language, and revision that unfolds over a long time in order to attain it, so-called page poets and poetry can learn much from performance poets and theatre (and vice-versa), including the fact that poetry itself can sometimes rightly be improvisational in public circumstances: the poem as game / as collaboration / as therapy / as self-exploration / as ethnographic expression has a place. Think of hip hop & the cypher: a circle of poets whose members contribute bars or rhymes, starting and stopping in response to each other, picking up significant words and phrases to create links across the circle, taking turns for each performer.

The activist-performance underpinnings of our work have been inspired by values and goals emerging from hip hop pedagogy that is grounded in social justice and critical pedagogy (including the research of Maisha Fisher-Winn, Christopher Emdin, Gloria Ladson-Billings, Mark Gonzales). These values include

We’ve come to know what hip hop knew at the beginning (in the early 1970s) and what Paulo Freire and Augusto Boal were putting into words about the same time: many spaces act as informal and ephemeral classrooms and as stages in daily life. Each of us can take on the roles of teacher / performer / producer / audience member at different and sometimes surprising moments. The speed with which we respond — the flexibility — allows us to make the most of the moment in ways that traditional publishing and traditional academic departments often deem less important, less valuable, less artistic.

As we moved away from traditional publication, we created and became involved in efforts to put poetry in unexpected places and spaces, including a gumball vending machine, city buses, bicycles, shoes, postcards, roadside signs, a poetry Calendar, at City Council meetings; in art shows; juxtaposed with a composting demonstration and soil science; interspersed with scenes from a play. We held readings, panels, presentations, conversations, and other events. We came to believe in the importance of face-to-face conversations, with and through poems, as a means to bring people together, ask new questions, and build relationships among diverse groups. The goal of public poetry isn’t longevity or individual “publication” as commonly understood in books, magazines, or even online, but sharing work with and by a wider public for publicly meaningful reasons (which is not synonymous with “accessible” content).

We began to wonder about what other kinds of publication could come from improvisational writing, or writing in response to circumstances. About ways that improv and performance poetry might guide written publishing as well as performance. About how publishing might unfold in less scripted ways, either as a “live” poetry magazine, or as writing that bypassed traditional editors altogether. As poetry write-ins for instance; or as an open outdoor classroom; as hacking; as disruptive/interruptive performance.

What else could a poetry journal be?

Digital publishing means work can be created with speed and ease: shared through, and also as, websites, blogs, Facebook pages and notes, Tweets and images uploaded to Twitter, video, Pinterest pins, etc., all at no, or very little, expense. And this technology doesn’t just mean that you can easily (and quickly) create a traditional journal or website-based product, social media product, or e-book. What it means is that anything — any object, any event — can be a journal, if by journal we mean a repository of written and/ or spoken text, and that any DIY object that you (alone or with others) are capable of making and imagining can be digitally augmented through, e.g., QR codes, apps & hashtags, to take an audience to content that is both curated and self-organized: text, video, audio, images, blogs, websites, social media pages, all of the above.

The last issue of Verse Wisconsin online, Midwest Remix, incorporates lessons learned from hip hop pedagogy (especially as defined by Christopher Emdin) in its editorial concept: in particular the notions of cypher, crew, collaboratively generated content, the importance of the local and of local counter-narrative, conversation that occurs across divides of race, age, gender, and aesthetic, art that incorporates civic action. We explore more hybrid print-digital and collaborative possibilities with a newly-published anthology of poems, Echolocations, Poets Map Madison, whose experimental launch and digital place-making activities are also documented in the April issue of VW.

During five fast years, we’ve engaged with over thirty organizations and community partners, small and large, doing “outreach” to “community” organizations and the “public” and what we call inreach — reaching in to institutions. As we discovered the centrality of (often spontaneous) collaboration to our process, we realized that, at its most interesting, the role of editor allows us to be—rather than gate-keepers or canon-makers—event planners and civic actor-producers. We have tried to incorporate this notion in workshop-based teaching as well. Embracing and engaging with transience, rather than resisting it, allows us to do new and original work, to ask better questions, to create new alliances and new pathways for information. Rather than worrying about and trying to create and maintain a publishing institution — offices, staff, equipment, infrastructure — we have emphasized process, relationships, communication and transformation.

The path we have taken as editors has led us from the promotion of “excellence” to a different model: one in which the editor/publisher helps to convene and also participates in democratically-structured performance/learning circles with the capacity to transform both our practice of poetry as well as how we think of ourselves as artists and people; one in which each person is a member-contributor who plays different roles at different times: artist-writer, producer-editor, audience member-critic. One in which poetic engagement and performance helps connect us to ourselves and to other people, discover a sense of purpose, and see ourselves as active participants in society. One in which we share the resources available to us, value and find out what happens near us, and bring that knowledge to those around us. One in which the love of poetry — the fun of poetry — is inseparable from writing, performing, editing, producing, reading, critiquing and listening, and all of these acts are more enjoyable approached holistically, organically, in a meaningful context for real reasons, with friends and colleagues. 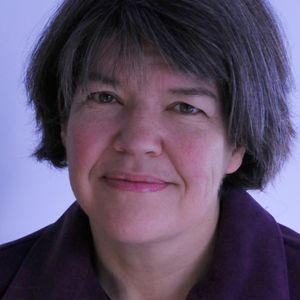 Wendy Vardaman
Wendy Vardaman is the author of Obstructed View (Fireweed Press), co-editor of Echolocations, Poets Map Madison, co-editor/webmaster of Verse Wisconsin, and co-founder/co-editor of Cowfeather Press.
Twitter RSS
http://www.wendyvardaman.com
Read more articles by Wendy Vardaman.
Learning to Let Go: Listening to Students in Discussion
Listen to this chapter here, or subscribe to the entire serialized audiobook.A class discussion where the teacher pre-determines the outcome is just a lecture in disguise, dressed up to feel student-centered while still being instructor-directed. When a class involves discussion, we owe it to our students to not know

Pedagogy, Prophecy, and Disruption
Listen to the audio version here, read by the authorWithout consideration of its past, present, or future, critical digital pedagogy may become irrelevant before it begins in earnest. The forces of neoliberalism that critical pedagogues hoped to expose and remove have become extremely adept at moving into digital spaces. Online