Publishing and teaching can both terrify new academics, often to the point of paralysis. Their mutual support for one another is often frustrated by institutional demands. For example, the traditional workload split for full-time faculty at R1 institutions in the US is: 40% teaching, 40% research, 20% service. This division and its usual inflexibility highlights the ways that teaching and scholarly production are kept separate and distinct as forms. Yet, by looking at how publishing is teaching and teaching is publishing, we can lessen the anxiety around these activities and begin to notice how they are, in fact, co-constitutive practices. More than that, we can start to think about the open ends of these aspects of our work. The word “publishing” often implies some sort of finality, research that is finished or complete. This misses something vital about academic work.

This article on Hybrid Pedagogy, “Pedagogy as Publishing” by Charlotte Frost, is both implicitly and explicitly linked to ”Publishing as Pedagogy” by Jesse Stommel on PhD2Published. As publishing venues, both Hybrid Pedagogy and PhD2Published work to build scholarly community by creating open and ongoing conversation. These twinned articles, which were written together in a Google Doc, combine to introduce communities, points of convergence, and to create a collaborative dialogue on publishing and pedagogy from two complementary perspectives.

Two years ago I set up a resource on academic publishing. The idea behind it was to publicly teach myself how to get published. In doing this so out in the open (via blog posts, Twitter and even video blogs) I aimed to do two things: one was to freely share what I was learning about publishing by opening up a frank discussion on the challenges of academia; the other was to make myself more visible to publishers as an engaged prospective author. Perhaps the second of these sounds too careerist, but I was convinced that social media was changing the way publishers discovered authors and I wanted to test that theory. And besides, if the mantra is ‘publish or perish’ then I certainly had some foraging to do.

At the start, the site was all me. I worked an insane amount getting it up and running and filled it with useful information. Coming from the very collaborative field of the arts, however, I always had my eye on making the project open to people in other ways. As the first phase of the site drew to completion with me signing my first book deal, I was finally able to make this happen. By handing the reins over to another editor, I could let them use it the same way I had: to build a practical knowledge of publishing and publish themselves as a scholar on a range of platforms. As academics, our work is about publishing at a number of different levels. We publish our research as books and papers (something we need to be good at if we’re going to be employable) but we publish ourselves in different forms via the presentations we give and the classes we teach, and now the blog posts and tweets we write. If my idea was to use the site to get a book deal or improve journal article publishing rates, then it was also to use it to gain fast and effective media literacy.

I don’t mean to blur boundaries here and suggest we are our work — even if it does sometimes feel like that. Rather, I’m interested in the multiple ways in which we are public-facing and how we can think that through via publishing and communication technologies. Further than that, I’m interested in the future of what it means to be a scholar, the new places and spaces of publishing. For me, then, PhD2Published is a model for publicly exploring those things.

In this way, I created a peer-to-peer mentoring scheme that supports the mutual development of early-career academics. Rather than being a top-down model like most universities, where a handful of authorities share wisdom with the many, PhD2Published enables a network of investigators to seek out, share, and problematize knowledge on publishing. I offer site editors personal mentoring as and when they need it as well as giving them access to a set of files on running the site. What this means is that I am not just sharing how to run the site, but also sharing the model I use for creating this type of platform and these types of exchange. This is an open source pedagogical model. It’s the equivalent of handing over not just the teacher’s textbook with the answers in it, but with a whole guide to building and populating the classroom. This is what open source should be. It’s about opening up access to ways of doing things which have much wider implications. If you turn the academic book inside out, you turn teaching inside out too.

This all happened outside of an official classroom. I did not receive the publishing advice I needed while at an institution and I recognize that one can feel cut-off when the close relationship with a PhD supervisor or faculty member ends. But I also believe that not knowing and being outside of the designated realms of knowledge distribution can be an extremely empowering place to be. You can be lighter and freer to move outside of the academy and can conversely get a better sense of how to make these types of difficult changes from within. In a sense then, PhD2Published is its own classroom.

What other ways can we work together as peers to create the right kind of environments to support professional development and pedagogical evolution? Blogging and platforms like Facebook and Twitter are still deeply under-theorized as learning spaces, and often greatly misconstrued as places for people who over-share. There is a difference between tweeting details from your personal life and showing how you are working your ideas through to other interested parties. And if many of us are indeed watching each other’s expanded practice across such media, might there be scope for remodelling such outmoded notions as peer-review into something more beneficial? For example, Jesse and I watched each other write these twinned articles from the similarly classroom-like space of a Google Doc. We commented on them in a chat stream and actually edited them together, jumping each other’s cursors to adapt words and sentences. By working together from our different resource/community perspectives, we have cross-pollinated ideas on what it is to publish and teach, and how we can both practically and philosophically investigate these practices publicly and as groups. But what we have also begun to create is a highly productive way of working (as writers and as teachers) in the form of an instant, mutual peer-review-cum-peer-mentorship. (And we’ll tell you more about how this will evolve in due course).

I am shortly going to be giving a keynote at the Critical Ink student writing conference at Duke University. My talk is called ‘How to Knit Blogs, Write Classrooms and Paint Books’. I am always thinking about how we can recombine and reconfigure media modes, disciplines and academic and non-academic research tactics to support the growth of knowledge and this talk will reflect that. I am deeply invested in how we can use digital technologies to perform these hybrid pedagogical transformations ourselves and in what we can learn from crossing over into each other’s spaces and practice — like what Jesse and I have done here. 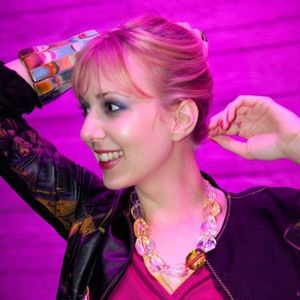 Charlotte Frost
Charlotte Frost is an Assistant Professor at the School of Creative Media, Hong Kong. She specializes in digital arts/writing.
Twitter RSS
http://www.phd2published.com
Read more articles by Charlotte Frost.
On Pedagogical Manipulation
Encouraging learning is an act of subtle manipulation. When we enter a classroom, we’re stepping onto a stage. This is true no matter how student-centered our classroom is, because our students are also stepping onto a stage (or into an audience). Even in the most open learning environments, we

How to Storify. Why to Storify.
Intended to serve as a stop-motion camera for the torrent of information we get from social media, Storify allows the user to arrange pieces of conversations to construct a narrative. When we first began teaching with Twitter, we wanted to contain conversations that would eventually evaporate. Twitter allows us to