I am stuck with the following story — not only with it, but by it. My decision to articulate it is always marked by haltings and hesitations, whether I’m inscribing it here or speaking it to friends and/or colleagues. It is, for me at least, a story of my failure to account for alterity in the classroom, and I do not wish its telling to be read as an attempt to confess and absolve myself, nor as a compelling anecdote nonchalantly recounted over coffee: a hard-boiled tale from my time in the pedagogical trenches. I would humbly offer it as a story that haunts me, one that materializes intermittently as a call to remember the latent violence beneath (my) pedagogical authority.

But it is also a story about the unintended resonances and consequences of a teacher’s words. Who am I, then, to try and govern the scene of its utterance? I can only tell this tale in order to let it go, and so I will — but, as one who remains responsible for it, only after some brief meditations on bell hooks, Jacques Derrida, and the medium in which it is here articulated.

The call for submissions that prompted this inscription cites hooks’ Teaching Community: A Pedagogy of Hope:

Dominator culture has tried to keep us all afraid, to make us choose safety instead of risk, sameness instead of diversity. Moving through that fear, finding out what connects us, revelling in our differences; this is the process that brings us closer, that gives us a world of shared values, of meaningful community. (197)

My story is an attempt to take a risk, to move through fear and against “[d]ominator culture,” but it narrates a scene of disconnection more than a “revelling in differences.” It is perhaps more aligned with a moment in hooks’ Teaching to Transgress. Recalling a time when “everyone first began to speak about cultural diversity,” she notes, “Many folks found that as they tried to respect ‘cultural diversity’ they had to confront the limitations of their training and knowledge, as well as a possible loss of ‘authority’” (30). What follows represents a confrontation with the limits of my own “training and knowledge,” as well as my consequent potential to participate in overlooking, oppressing, and suppressing alterity. It is an attempt to put aside what hooks calls the “authority of experience,” an authority that often aims to foreclose conversation, and instead dwell in the “passion of experience, the passion of remembrance” (90). Hooks glosses this “passion” as “encompass[ing] many feelings but particularly suffering…. It is a way of knowing that is often expressed through the body, what it knows, what has been deeply inscribed on it through experience” (91).

I hesitate to ascribe myself “suffering” here. Far from it. What follows attests, rather, to my capacity to trigger and reinscribe the suffering of others. This is no petulant claim to some “white man’s burden” — or at least I hope it isn’t. It is, however, an iteration of a story “deeply inscribed … through experience,” one that I try, again and again, to learn from in how I comport myself — my body, my voice, my words — in the fraught linguistic and material realms where pedagogy happens.

It is, in short, a narrative in which my attempt to exert pedagogical authority in the face of alterity — a pedagogical situation I could not figure (out) — led precisely to the crumbling of that authority. And then, perhaps, something else.

Though I frame this story with written words, I present the story itself — bound as it now is to this written exordium — in oral form, an iteration recorded in and presented as one unedited take. Recording multiple versions, listening back to my words, re-recording, splicing, upping the audio quality in post-production: These untaken steps could both result in a more polished product and help me capture a tale I’ve been chasing around and rehearsing in my head for years, but they seem inimical to what that tale signifies in the context of my pedagogical career. Using unedited recorded speech as my medium is an attempt to choose risk instead of safety and, again, to “confront the limitations of [my] training and knowledge, as well as a possible loss of ‘authority.’”

Despite having spent one year as an undergraduate audio-engineering major and another year working on a rhetoric and technology podcast, the medium of recorded speech — particularly the sound of my own speech — leaves me feeling dispossessed in a manner that (my) recorded writing does not. In “On Recording Performance; or, Speech, the Cry, and the Anxiety of the Fix,” Joshua Gunn writes, “I suspect the reasons for recording anxiety are manifold.” Gunn’s primary suspect, however, is “human unwillingness to forswear presence and admit the belatedness or the temporal delay central to all understanding” (3). As someone who’s spent a decade taking and teaching postsecondary writing courses, I’ve acquired ways of accounting for this “delay” in the realm of linear, written text. That’s not to say such text doesn’t give me occasional indigestion, but I’ve developed a high tolerance for the reflux.

Perhaps confirming Gunn’s suspicion, however, this is not the case with vocalized, and especially recorded, speech. My pedagogical approach emphasizes collaboration and discussion, and I rarely rely on scripted notes and lectures. But I foreground discussion not because I am a master of classroom management and oral debate; I do so, rather, precisely because classroom discussions have a tendency to resist the pre-established programs and grammars of understanding that structure so much written scholarship and pre-scribed pedagogy, leaving room for spontaneity, dissensus, confusion — for, and I say this in all sincerity, what Maurice Blanchot calls “the writing of the disaster.”

And so I find myself frequently, often wonderfully, stupefied by students’ unforeseen insights, comments, and behaviors — but, partly as a consequence of this, my own spoken contributions occasionally get away from me. In most cases, the results are trivial. I have a tendency, for instance, to say “pages” in the place of “words,” and students are usually quick to point out that I have not assigned them a 500-page writing assignment. In the case recorded below, however, the consequences were far from insignificant — at least for me, even if the event was forgotten by others. I recall it in/as recorded speech, then, to reenact its uncontrollability. It is an account of an encounter with alterity, one in which “alterity” arrived the form of (my) language, (my) students, and my own lack of awareness of obvious variables in the pedagogical situation. To the extent that ethical pedagogy must leave room for response and can thus keep teachers from getting the last word, sound pedagogy frustrates the unquestionability of pedagogical authority. My recording re-sounds the failures such frustration renders both inescapable and inexcusable. Listening to the story as I’ve recorded it below makes me uncomfortable and defies my will to control. It seems, in short, an inadequate offering on my part, and so is perhaps exactly how this story should be heard.

Finally, I should note that I wouldn’t wish my shift between media to reinscribe an abyss between “speech” (as informal, unscripted, experiential, etc.) and “writing” (as formal, scripted, professional, etc.). My adherence to this Derridean position may come as no surprise to those who are already tired of this preamble and would like me to get on with the story already. But I feel compelled to trouble the boundaries of “speech” and “writing,” as well as “pedagogy,” “students,” “teachers,” “authority,” etc., particularly insofar as those prescribed terms and tropes keep us from welcoming pedagogical alterity (supposing, of course, that we even know what “alterity” is). I am hoping my language will resist the urge to go right-to-pedagogy, winding through what I’ve written above so as not to fall back on the very sort of easily deployed, debilitating trope that sits — for me — at the core of the story below. As it is written in Derrida’s “Introductory Remarks” to Who’s Afraid of Philosophy? Right to Philosophy 1,

Certain people are always impatient to access-the-things-themselves-directly-and-reach-right-away-without-waiting-the-true-content-of-the-urgent-and-serious-problems-that-face-us-all-etc. Thus, they will no doubt judge an analysis that deploys [a] range of … possible sentences playful, precious, and formal, indeed futile…. [O]ne can share this impatience and nonetheless think, as I do, that not only do we gain nothing by immediately giving in to it, but that this lure has a history, interest, and a sort of hypocritical structure, and that one would always be better off to begin by acknowledging it by giving oneself the time for a detour and analysis. (4)

And so I have halted and faltered and hedged on my way to telling this story, but only to an (un)certain point … the point at which authority gives out and alterity comes in.

You can also see a transcript of the Pedagogical (H)alterity audio. 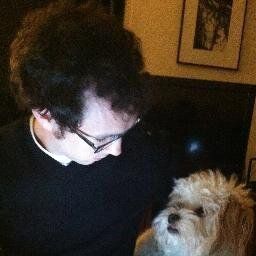 Eric Detweiler
Eric Detweiler is a PhD student specializing in rhetoric and writing at The University of Texas at Austin. He is interested in rhetoric pedagogy/theory, ethics, and popular culture.
Twitter RSS
Read more articles by Eric Detweiler.
Bend Until It Breaks: Digital Humanities and Resistance
“The problem is to begin with a conception of power relations that grants that resistance is always possible but not always successful.” ~ David Sholle, “Resistance: Pinning Down a Wandering Concept in Cultural Studies Discourse”  Why resist? Image courtesy JD Hancock on Flickr; licensed under CC BY 2.0 The

Toward an Interactive Criticism: House of Leaves as Haptic Interface
“And now,’ cried Max, ‘let the wild rumpus start!” ~ Maurice Sendak, Where the Wild Things Are When I first read Mark Z. Danielewski’s House of Leaves, I barely got through 50 pages before I stopped doing what most would call “reading” and began to do what