My experiences as a graduate student of writing studies and online education have repeatedly left me inspired by the various “–isms” (e.g., constructionism, connectivism) that put the student front and center, valued as a unique individual with the ability to rail against and contribute to established authorities. But I also worry that these ideologies tend to deemphasize the instructor to an extreme, especially when we talk about teaching online.

Advocates of online learning often join the student-centered rallying cries, showing that online courses can facilitate personalized and active learning and focusing on ways the instructor can create community in the “classroom” (some of my favorites include Palloff & Pratt and Warnock). At the same time, at both writing studies and education conferences it’s not uncommon to hear comments like, “once you have it set up, the course really runs itself.”

Such comments make the design of the course an aside and devalue its facilitation, which I find concerning, if not downright alarming, because successfully teaching an online course is a very involved activity. In addition to creating lesson plans, assignment instructions, and exams, the online instructor selects and embeds the tools that enable students to interact with the course material and with each other, and she writes or records extensive instructions for using the tools in the course. (The face-to-face equivalent would be to explain how students should interact with the walls and the chairs and the whiteboards.) Then, once the course begins, she fields questions, facilitates student-student interaction, and evaluates the students’ performance. In other words, the instructor is a tangible part of online learning.

However, we seem to talk about instructor role so rarely that she becomes not only intangible, but at times invisible. Part of the problem seems to be that we’ve conflated instructor role with “authority,” and we’ve regarded authority as a dirty word.

In an effort to bring instructor role back into the conversation, I’d like to think through three associated terms: authority, guidance, and presence. And I want to think about these terms in relation to a fascinating talk I attended at the International Conference of the Learning Sciences by Filitsa Dingyloudi.

The question, then, is how do the ways we talk about authority, guidance, and presence account for emergence and design?

In the classroom, authority is almost unavoidably expressed through grading, is sometimes expressed through control (i.e., the instructor dictates what students are allowed to do when), and can be embodied in correctness (i.e., the teacher tells the students whether they are right or wrong). In each instance, authority connotes hierarchy, where few are superior to many, and draws to mind images of teachers (as sages, depositors) at the front of the room talking at passive students.

However, it’s important to remember that authority also exists in student-centered classrooms, and that’s not necessarily a bad thing. For example, in Kenneth Bruffee’s “consensus groups,” the instructor poses a problem to the students, who divide into small groups and come to a consensus on a solution to that problem. Then, the instructor calls the class back into a full-course discussion and the various small groups talk with each other, ultimately coming to another consensus as an entire class. Finally, the instructor shares what people in the academic discipline think about the problem, allowing the students to compare their consensus with the professional one.

In this scenario, the professional “insiders” to the academic discipline under study are authority figures, and the instructor is one such insider. The instructor is also a clear designer because she poses the problem, thus creating constraints that define the learning environment.

Unlike the hierarchical nature of authority, guidance deliberately de-centers the classroom, placing the instructor on the sidelines while the students drive their own learning forward. As a guide, the instructor is a credible person who is responsible for assisting students and making helpful recommendations that will lead to success, but there is more explicit room for student agency and autonomy.

For example, some guided classrooms encourage students to contribute to the structure of the course by being part of discussions that establish deadlines and rubrics and learning outcomes. The instructor still provides the frame for the course, and she ultimately evaluates the students on their performance, but she evaluates them according to their own rubrics and in accordance with their peers’ perspectives, thus designing an environment that depends upon the students forming their own community. In this scenario, the instructor may not be an “authority figure,” but she is certainly a leader in the classroom.

When we talk about presence, we often mean something less directive than guidance — the instructor exists in the course, but her role is deliberately undefined so that the students will take charge of their own learning. Many arguments for student-centered pedagogy seem to hold this final category as the ideal, but it is not always clear what the instructor is actually supposed to do, or whether she is a necessary element of the learning experience at all.

The confusion over the instructor’s role is much less confusing when we realize that many arguments for student-centered environments are advocating for complete emergence, and it’s easy to see where these arguments come from. Scholars like Mimi Ito and Henry Jenkins have shown that interest-driven participatory online communities can facilitate impressively authentic and transformative learning. And James Paul Gee compellingly argues that the nature of authority is changing in our internet culture — we are moving away from valuing institutions and the expert specialists they produce and instead value the collaborative power of community. As Gee & Hayes argue in Language and Learning in the Digital Age, digital media enables people to “bypass official institutions and oversight to produce their own media, knowledge, products, services, and texts” and allows people “without official credentials [to] debate those who do have them” (3). Consequently, the world has become “too complex for this old-fashioned notion of experts” and instead requires “pooling different sorts of expertise in a collaborative fashion” (44).

So why not create a classroom that mirrors these online communities? Maybe we can, but we first have to acknowledge that we are still creating it.

The reality is that the instructor always designs an environment that allows for emergence. No matter how much we may want it to be the case, the environments in which students guide themselves do not spontaneously spring into existence in the courses that most of us teach because students do not come to our classes in the same way they would come to a community of practice. Instead, such environments are carefully designed and the instructor presence within them is deliberately crafted. It also requires a considerable amount of skill and finesse to be a teacher in these environments — as Keith Brennan has argued, “many of Connectivism’s finest practitioners … model and cheerlead. They scaffold and support.” They are active participants and leaders in the courses they teach.

If we start to believe that the instructor isn’t designing the learning environment, that her presence isn’t having a real effect on the way students interact with each other and with the course material, then we make the power dynamics of a course invisible, and that is precisely what most student-centered pedagogy seeks to avoid.

One way to do this is for the instructor to directly talk with her students about how she designed the environment, and how some of her design decisions were dictated by the physical or virtual constraints of the course and the political and social values of the institution and community. Instructors can also ask their students to reflect upon the ways the “physical” space of the course and the presence of the instructor changes the ways they approach their peers and the course content, and to reflect upon the social dynamics of the collaborative communities they create. Finally, administrators and policy makers need to recognize that courses never just “run themselves.”

I believe in student-centered learning, and I believe there is huge potential for this kind of learning to occur in online environments. But the instructor is a key element of that learning, and we need to talk more explicitly about what her role is and the specific ways she negotiates and leverages her authority, guidance, and presence to design learning environments in which emergence is possible. 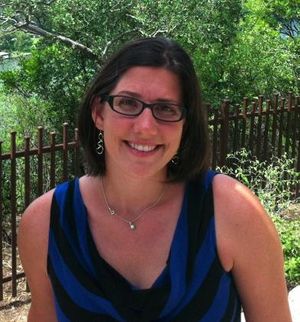 Mary Stewart
Mary Stewart is Assistant Professor of English at Indiana University of Pennsylvania. Her research focuses on technology-mediated writing instruction, collaborative learning, and digital literacy.
Twitter RSS
http://www.marykstewart.com
Read more articles by Mary Stewart.
On Silence
The following article is republished from Hack Education with permission. Earlier this year Audrey and a handful of educators collaborated on a guide for teachers to use in starting conversations like this one. They write, “As educators we believe that we have a responsibility to use our classrooms to help

Toward a Luddite Pedagogy
An especially objectionable feature of the edtech discourse is its use of the word “Luddite” as a term of abuse. Uttering “You’re a Luddite” to the edtech sceptic is an act of verbal expectoration that is supposed to end the conversation, dismissing the sceptic as someone suffering from an