Education cannot just be filling an empty brain, but must be as Paulo Freire says in Pedagogy of the Oppressed, “the means by which men and women deal critically and creatively with reality and discover how to participate in the transformation of their world.” Learning in prison is about the future that is at stake and the society at large. Prison rehabilitation should be based on process not content — should be focused on learning to make good moral decisions in a variety of situations and not a single dogmatic code of right behavior in our society.

A pedagogy of prison rehabilitation is a life-or-death pedagogy. If even one inmate becomes a responsible, contributing member of society, there is a potential reduction of hundreds of new crimes and their potential victims. To the offender this means a life of integrity, new and positive relationships, a sense of peace and belonging, and a new self-efficacy. If the offender does not change, then it could be death on the streets, death in addiction or overdose, or a long slow death by the revolving door in and out of prison.

We need more nuanced, less polarizing, perspectives on prisoner learning. There are experts on the one hand who believe criminals can never change, and those on the other who believe a quick and easy solution is available, a conversion or instantaneous rebirth. A belief in quick solutions feeds the criminal mentality that makes the mere appearance of “going straight” the most valued outcome. I’ve heard this quick-solution thinking — “if only I stayed off the booze, or stop dealing drugs, I could live a good life and avoid re-incarceration” — many times from prisoners themselves, their jailers, and so-called rehabilitation experts. I’ve worked for decades as a provider, developer, and administrator of prison programs. Substance addiction is often underestimated as a whole-person condition, and it is just as often used as a black hole to sink our blames and fears inside.

Many believe criminals never actually change, even after many years of responsible action and living. A single offense from one former inmate can confirm the cynical view that “old habits never die” or “a leopard never loses its spots,” which I’ve heard from corrections executives and program administrators alike. What is worse is that this feeds a lurking despair and demoralization in the minds of the offender, that confirms “I can never change” because “I have failed too many times.” I have seen suicides committed over this pervasive belief. One man named Patrick completed treatment as a role model and leader in two of my programs, one in prison and one on parole. But he struggled with mental illness and relapse. He ended his life in the desperate belief that he was doomed forever and his children would be better off without him.

I believe the primary measure of correctional institutions is whether they foster real learning and growth in the lives of the inmates. Many prisons claim to have an orientation or a mission to support rehabilitation, recovery, or reintegration into society. But few provide significant and effective opportunities for offenders to truly change their lives. There may be token funding and resources, but they are limited at best.

Sadly, most institutions provide only a secure housing arrangement. They are merely warehouses for people. The simple fact is that prisons hold people and do not work to change them. They may stop them, but only temporarily.

In the learning environment of a prison, staff and peer influence is often negative. An inmate code exists, where criminal and irresponsible norms control actions beneath a façade of respectable and orderly inmate behavior. Most prisons have a peer culture where an ‘us vs. the man’ philosophy is the norm, and exploitation of others is a mark of status among offenders and jailers.

Most prisons and jails have either a custodial or clinical model, setting up a jailer/prisoner or doctor/patient dichotomy, respectively. Both models are autocratic. According to these models, jailers control inmates, and doctors and social workers cure them. In Pedagogy of the Oppressed, Freire critiques a “banking” model of education, in which “knowledge is a gift bestowed by those who consider themselves knowledgeable upon those whom they consider to know nothing […] The teacher presents himself to his students as their necessary opposite; by considering their ignorance absolute, he justifies his own existence.” Both the custodial and clinical models place the staffers in the position of “teacher” described here by Freire. Neither the custodial nor clinical models lead to comprehensive change.

Most correctional institutions have rehabilitation programs in work, education, mental health, and substance abuse that don’t talk to each other. They are silos with administrators often fighting each other for funding. They value one or more “magic bullets” that singularly hold out wonderful and amazing benefits to change the lives of offenders. Or sometimes an institution will provide more comprehensive programming that is ill-coordinated. Progress in one area does not necessarily lead to progress or change in another:

Therapeutic communities (TCs) offer an alternative model that is comprehensive and peer-oriented with self-help methods of programming where the community of peers are seen as the vehicle for change. When incorporating comprehensive cognitive-behavioral and educational programming, TCs have significant empirical data supporting their effectiveness, particularly for hard-core offenders with substance addiction and mental illness. I have developed TCs in six different correctional facilities in the Colorado prison system, and I’m honored to witness the personal growth in those who appear hopeless to both society and self.

TCs are currently operating in over 100 correctional facilities in the US. They are staff-led programs where the participants communicate the program elements and change process to each other. The peer culture develops as a positive influence on daily behavior. This becomes a culture antithetical to the usual prison code and is insulated from the rest of the prison society, since TC units are separated physically from the general population in most daily activities.

Comprehensive programs have breadth, depth, intensity, and duration. The therapeutic community functions as a 24/7 program which typically lasts from 6 to 18 months. They incorporate educational, therapeutic, and work activities into daily living. But the real force of influence happens in community meetings. For example, there are morning and close-of-day meetings where members motivate each other and relay important community business. The community interrelations are familial; community members are like brothers and sisters in recovery.

TCs are like a healthy family-living situation and also a school for moral development. For much of their lives, offenders have not been a real part of anything, and TCs require close involvement. Behavior becomes public and is subject to intervention by the rest of the community. Groups meet weekly to develop learning experiences in response to problem behaviors, which facilitates the peer-driven environment of the program. Frequent “pull-ups” and “push-ups” are key tools, formalized activities that members use to encourage and motivate each other.

Education groups are often co-led by members of the community, requiring greater learning but just as importantly a willingness to teach others. As Freire writes in Pedagogy of Freedom, “Whoever teaches learns in the act of teaching, and whoever learns teaches in the act of learning.” This is the community view of real education for life change.

Therapy groups are also peer-directed. As an expert and teacher in group therapy, I’ve often felt the urge to intervene. But in TC groups I’ve marveled at how skilled members in the group seem to always make the best interventions before I would even consider jumping in. That is the way group therapy or learning in any environment should work.

TC life also provides structured roles and responsibilities for each of the residents. All are expected to be role models to the others; and each are given sophisticated responsibilities. Roles change frequently. All are expected to be leaders, and also to follow others’ lead. This provides an environment for peer support, the acquisition of leadership skills, identity change, and increased self-esteem.

A big key to effectiveness in TCs are shared norms and values. Let’s be clear what these are. They are not dogmatic propaganda. They are not a code of strict and “perfect” conduct. They encourage simple and necessary values for good citizenship — honesty, accountability, work ethic, and community responsibility.

The above program elements have contributed to a record of empirical research that shows TC to be an effective correctional program reducing drug use and return to prison, and improving the mental health of the participants. These programs have been researched extensively and have earned the status of “Evidence-based Practices” within the Department of Human Services SAMHSA National Registry of Evidence Based Practices for “Corrections Therapeutic Community” and for “Modified TC for Persons with Co-Occurring Disorders”.

The vast majority of criminal offenders are or will be living in our neighborhoods. We must advocate for comprehensive programs of recovery and rehabilitation so that they can be positive contributing members of society rather than toxic parasites. We lock offenders in prisons and jails, but we also must be willing to welcome them back into our community of citizens and supportive groups of recovering people.

This is exactly where school reform and prison reform intersect. These are not separate and distinct movements. Our schools can’t be prisons. And our prisons must be schools.

We must believe in and recognize a positive process of personal transformation from irresponsible exploitation of others to personal responsibility and value to the community. Personal agency is not a simple decision or conversion. It is a complex and lengthy path to personal responsibility and growth. Hassan Latif is an ex-inmate and graduate from one of my TC programs in the Colorado prison system. He has a lengthy and serious criminal past and was initially denied entrance to the TC as too high risk. He says in his book that change starts with “owning your own crap” and becomes “a vision, a desire to achieve, the willingness to be guided, the discipline of dedicated efforts, and the patience to see it all come together.” 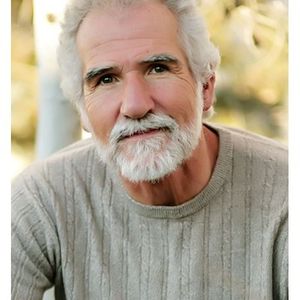 Joe Stommel
Joe Stommel was Colorado Department of Corrections Administrator of Alcohol and Drug Services from 1990-2008. He retired and is now a consultant and online college instructor.
Twitter RSS
http://www.trainingtcskills.com
Read more articles by Joe Stommel.
Humanizing the Interface
Oppression is inherently spatial. Governments use biopolitical mechanisms such as urban zoning and prisons to keep undesirable populations fixed in place; institutions use office location to distinguish permanent from contingent faculty; houses of worship physically separate believers from infidels. These structures all classify exclusion as a topography dividing “us” from

The Political Power of Play
Listen to this chapter here, or subscribe to the entire serialized audiobook.This peer-reviewed article was simultaneously prepared as a keynote address for Re:Humanities 2014, a peer-reviewed undergraduate digital humanities conference held by the TriCollege Digital Humanities Initiative (Haverford, Bryn Mawr and Swarthmore). The slides for the keynote are