I want to share a quick few reflections on the particular way in which I see comics as a powerful way to express and organize our thinking. Defining this collection of practices we refer to as comics (or if you’re at the bookstore “graphic novels”) is a bit nebulous — and depends on who you ask. I think people are most familiar with the idea that pictures and words come together in a distinct way — and that as Marjane Satrapi, the author of Persepolis, suggests, as an author, she uses one mode when the other doesn’t work.

The most widespread definition of comics is Scott McCloud’s from his seminal 1993 comic on comics Understanding Comics, in which he calls them “juxtaposed pictorial or other images in deliberate sequence.” While this takes the emphasis away from word-image interaction, in considering comics a sequential art, they can be seen as a kind of picture-writing, a sequence of images read much as we read text.

I want to focus here on a different affordance of comics that I find perhaps most exciting about the form — that is the way that we do read comics sequentially, but also the way we view each panel, each page all-at-once as we do with visual art. I see the interaction of these dual modes in a single form — sequential reading and simultaneous viewing — as somewhat parallel to the way our thoughts themselves form. That is we are able to focus, stay on a linear task, step-by-step, but at the same time we are also present to reflections of past events even as we are contemplating the future. Even as we are plowing forward in time we are still aware of moments off to the side.

Comics handle these two distinct kinds of awarenesses particularly well. In comics, the parentheticals, the tangential and more straightforward exist together on the page. This affords a unique way to represent the complexity of our narratives and our thinking. And at the same time, I think as a maker of texts and images, it gives us this tremendous arsenal to find a way to contain our thoughts — we can as Satrapi said, move between words and pictures as it suits us, but we can also move between the linear and the not-so. In a way, I’m talking about comics here as somewhat akin to architecture — the way we move directly through the narrative and the alternate routes that are also available as we go. But of course, comics also offer all the ways that images can express things beyond the reach of text as well as being inherently multimodal — which includes the way that words become visual elements within the compositions. These are all of great significance to why comics are so cool — but that is a longer conversation.

I delved into some of this at length building off of that idea of what do our thoughts look like, what shape do they come in? (This was expanded on later in my dissertation, now book Unflattening.) As a creator, from the moment I start to formulate an idea, I try to get at what its shape would be. The form of the page and how I move the reader through it is essential all along. I don’t start with words or pictures first, I start with both, sketching and writing interchangeably as I set out to get a feel for this idea and how I can best make sense of it. (This is not necessarily typical of how comics are made. In mainstream comics — most frequently there is a writer who provides a script, which is then handed off to an artist who illustrates it. Even some authors who do both roles, may do the same. But my work is much less about narrative and more about finding ways to visualize and embody ideas.)

That play — and it really is play — with my sketches allows my visual system to become part of the conversation and make connections that I wouldn’t see if I were working in a different fashion. I find I’m always making discoveries in my own sketches that take me in directions in how I convey things and what I end up doing further research on than expected. Drawing becomes an active partner in thinking and my work is richer for it.

If I had to recommend a few books for people to start thinking about developing their own comics practice — they’d be things I use in my own teaching. There is the previously mentioned Understanding Comics by Scott McCloud — an indispensable guide to thinking about all that comics can do — though, as he says in the final pages — not the last word. Matt Madden’s 99 Ways to Tell a Story, is, as the name indicates, this curious book that tells a completely mundane story on a single page and then proceeds to do 98 different versions of it playing with form, style, genre, and more along the way. While it’s less of a theoretical book than McCloud’s, I think in seeing all these different exercises it really opens up the reader to how story can be approached through form and the tools comics offer in a brilliant way.

Cartoonist Lynda Barry’s recent Syllabus is a look at her class teaching drawing and comics to primarily non-drawers at the University of Wisconsin-Madison, and is much less concerned with form than the other two, but instead deeply concerned with reawakening that natural ability to express ourselves through drawing, through its very movement that all of us had as children. After that, I could list tons of books — but just a few: David Mazzucchelli’s Asterios Polyp (brilliant imagery and wonderful for thinking about multimodality), of course Art Spiegelman’s Maus and Marjane Satrapi’s Persepolis, Alison Bechdel’s Fun Home, David Small’s Stitches, perhaps some wordless comics like Shaun Tan’s The Arrival, Peter Kuper’s The System, or Sara Varon’s Robot Dreams, and really anything you can get your hands on and start thinking about all the decisions the authors made in organizing their narratives. I’ve compiled a ton of resources on my website under the education tab including recommended reading lists, articles, and my own course syllabi that should offer some good places to start.

The exercise I’m sharing here for you at DigiWriMo to try your hand at is something I made up for my own classes and public talks — trying to find a way to get non-drawers to get a sense of how one might approach organizing stories and idea on a comics page, but very quickly and with zero experience required.

I call it Grids and Gestures, and basically it prompts the participant to consider the shape of their day (that day, a typical day, a particular day, whichever), and organize or carve up a single sheet of paper in some grid-like fashion ala comics that in some way represents the experiences that occurred during the day.

The “gestures” part asks them to inhabit this composition they have drawn with lines or marks that represent their emotional or physical activity. I explain it in greater detail and also lay out a bit more about comics theory in the writeup for the exercise. What I’ve found in doing this with all sorts of groups over the last several years is how it opens participants to thinking in different ways and how much they already know about drawing and working visually than they give themselves credit for. I’d love to see what people who try it come up with, and I’m planning to share student examples and others on my site sometime in the near future.

(This collection of examples come from educators in the 2015 Making Learning Connected MOOC, where Nick led an online hangout of the Grids and Gestures activity) 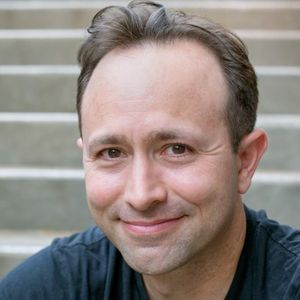 Nick Sousanis
Comics author and educator Nick Sousanis is an assistant professor of Humanities & Liberal Studies at SFSU. His dissertation became the award-winning graphic novel, Unflattening.
Twitter RSS
http://spinweaveandcut.com
Read more articles by Nick Sousanis.
Traces
The fact remains that to write is to trace, and to trace is within the reach of any hand — Fernand Deligny, The Arachnean and Other Texts 1 Digital writing: Is it really different from all the other traces made with hands, that we leave in the material world? At one

Essential Silence
I attended a funeral last month. I wanted to speak, but I couldn’t — not for the lump in my throat or the tears in my eyes or any of the affective, funereal reasons. No, I didn’t speak only because of logistics. When the officiant asked for volunteers to