Our choice of words is never value-free. Language runs deep in us — setting the perspective of our daily lives and prevailing attitudes. In educational environments, “a lot of what upholds our standards of industrialization is the way we speak.” As a socially negotiated product, language includes the acts of connotation and implication, whether intended or not.

For learners, the essence for commanding and construing a personal learning environment is the ability to anchor shared activity to personal choices and context. If educators want to take education beyond simply rebelling against a centralized past, the challenge then comes in helping learners realize the need for the ability to construe their own environment, and then helping learners acquire these skills. In each program, system, process, platform, device, technology, element, or medium that learners employ to tailor surroundings to suit individual learning goals, there lie hidden obligations that need to be made explicit in order for learners to become autonomous and intentional. As Marshall McLuhan once stated, “the hidden aspects of the media are the things that should be taught…when these factors remain ignored and invisible, they have an absolute power over the user. If you understand the nature of these forms, you can neutralize some of their adverse effects and foster some of their benevolent effects.”

Upholding a mindset of taking and using control, rather than the removal of all control, begins with how educators frame the learning space. In choosing language that represents these spaces from a learner’s perspective, educators communicate the nuance of presence from which the rest of the educational process flows.

As with language, all media include acts of connotation and implication, whether intended or not. Learners aware of what they imply when they use audio vs video vs text will have a greater command over their own learning environments. Learners who can recognize the obligations and tone associated with using Twitter vs Facebook vs email will be better at finding, sorting, and disseminating information. Class discussion forums that are graded are different in nature from those that are not, and each requires unique communicative presence. Learners exposed to words like student-centered and authentically centralized may become more cognizant of their roles and responsibilities in shaping their own environments, compared to learners who are long told only that education is no longer centralized.

When the educational space is represented from the learners’ perspective, responsibility and ownership of learning anchor to each decision made because the learner’s prior learning, goals, and personality are all present in the learning space. Choices about interaction and choices about what content to explore are grounded in the direct actions of the individual. Learners construe the flat distributed landscape into a range of topography continually shaped by the actions of learning. Distributed learning is represented as a starting point and a reference point, not as an idealistic end point.

When the educational space is represented from the learners’ perspective, the nuance of being a center among many is unveiled. Learners realize themselves at the command center not of ultimate control, but over their own personal learning environment and growth — as are others. All other objects in the educational process glow by their own perspective. The need to draw from resources critically is a skill inherent in space that serves both the individual and the commons.

When the educational space is represented from the learners’ perspective, learners understand the hidden aspects of media though usage, trial and error (supported by guidance and observation). The process of acting as your own center of learning demands assembly and maintenance — the onus is on the learner to create an ecology. Interaction with technology eventually become habitual and even internalized — a process not unlike the acquisition of language from learning stage to automaticity.

Language, a technology learned by humans, permeates our thoughts, references, and conscious activity. Language has been called the ”House of Being” a fitting reference to the level of automaticity it reaches within us — it is “that which brings forward and forth” through the process of internalization. Habitual and supported use of technology also reach high levels of automaticity, blooming into a learner’s ecology. Choices about digital activity are the choices of learning, are the choices about what to become. Language users and digital learners both inhabit the habitual.

When the educational space is represented from the learners’ perspective, instructors and facilitators are confident that their presence is part of a decision process. Rather than withdrawing their presence and guidance for fear of looming as an authority figure, instructors find niches where their roles fit into the individual ecology of each learner they are responsible for. Trust builds between educators and learners so that each can lead and share ideas in spaces surveyed by educators and cultivated by learners, where even the act of delegating control over activity and content is a matter of choice.

In open online education, the ability for for learners to connect with each other, to connect with content, and to exercise control over their learning pathways does not relieve educators of the responsibility that they shoulder for learners participating in the spaces and experiences that were designed for these purposes. Educators may increasingly demand a certain point or level of learner autonomy and motivation; however, this expectation carries with it a certain level of trust in learners. Educators have a responsibility not to sell learners short, allowing them to access and engage the ideas and the design of educators critically, to confront the decisions and discussions of the educator as suggestion rather than directive.

Words such as decentralized education and distributed learning uphold certain standards, presenting the learning process from a panned-back perspective that aid theoretical, instrumental, administrative, and even ‘big data’ discussions. Lost in the word decentralize is that (optimally so) education does not remove all centers, but creates any number of them. Lost in the word distribute is that a sense of allotment represents a starting point only, and that learning is anything but a zero-sum activity.

These concepts come to Education discourse via the field of computer and information networking. Paul Baran, in his seminal work on distributed communications networks, diagramed the concepts that these words represent, illustrating some of what each word connotes and implies. Written in 1964 to offer a perspective on sharing information where points are interconnected and can be routed in countless directions based on traffic, Baran’s concern was to provide a system that could survive attack and destruction of some of the switch points. Baran and his work have been integral to the development of today’s Internet, and in understanding how information flows between people connected and communicating through digital technology. Educators have found value in associating these words with current teaching practice, perhaps neglecting the role and importance of the learner in favor of familiarization with the network as a whole.

Although these representations may capture a trait of digital learning environments, they miss the essence of human learning immersed in a digital world. The striking similarity between all three of the diagrams shown is that all of the connections and nodes are interchangeable. What does this communicate to the learner, who is ultimately represented by an indistinguishable black dot?

A diagram drawn from the learner’s perspective would need to distinguish between the potential and the actual; it would need show that connections anchor to learning goals, prior learning, and the context of that particular black dot; a diagram with the learner in mind would somehow need to show that the lines and dots that represent learners and relationships are anything but interchangeable. Such a diagram would need to be dynamic, multi-faceted, and likely would not suit this style of visualization. But, this is the heart of the matter — choosing the representation that best suits the thought you want to communicate, and the space that you want to create. 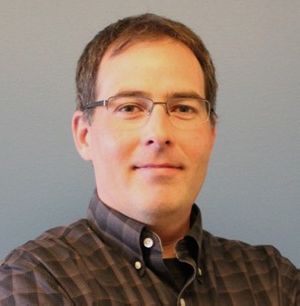 Glen Cochrane
Glen Cochrane has a background in language learning, technology, and education. He currently works as an Instructional Designer at Bow Valley College.
Twitter RSS
Read more articles by Glen Cochrane.
Towards a Critical Approach to Faculty Development
We are two critical pedagogues who are also faculty developers, trying to create space for conversations interrogating dominant approaches to faculty development. Faculty developers support the growth and continuing development and evolution of faculty in their roles as educators. But, what we (Maha and Lee) are addressing in this column