How do we know if the new ‘it’ technology will work in our classroom? Will it create meaningful learning for our students, or even for ourselves as educators? As an educator whose research focus is on digital identities and technology in youth culture, I spend a lot of time concerned about my practices with technology integration. I believe that knowledge building and understanding how our personal pedagogy affects our use of technology should play key roles in the process of integrating various technologies into our learning environments, and in using those technologies to create learning spaces. But how an educator approaches the process of dealing with technology and the digital generation can be a very individual experience.

When introducing any type of technology into a learning space, I want to be able to reflect on the purpose and practice. When it comes to introducing a particular new kind of technology in a classroom, such as Twitter, I do so using pedagogical practices that revise, evaluate, and negotiate the technology alongside my students. I see Twitter as a unique social medium that has its own rules and best practices in the digital realm. Twitter poses some challenges for educators as its potential as a learning environment is only one of its many identities. A well-informed “Twitter Pedagogy” comes from reflecting, for example, on the volatile nature of trolling, and on exploring the technology through praxis.

My Twitter Pedagogy has quickly evolved into an ongoing negotiation of practice, pedagogy, and purpose. I maintain this digital identity, and use it as a space of learning not only for my students but for myself. And the reasons for doing so is something I am forced to negotiate on a regular basis. Originally, I had a small group of people I followed on Twitter; and I generally used it for news updates, or to figure out why traffic was backed up on any given day. It was not connected to me professionally until this past year, when I began a series of educative experiments live-tweeting during lectures. I fretted over revealing this direct connection to my digital self with students. While some colleagues embrace digital spaces and sharing their digital selves wholeheartedly with students, as a young educator too familiar with digital interactions gone wrong, I knew I had to negotiate using Twitter in my classes cautiously. I also spent a fair amount of time ‘cleaning up’ my posts, uncertain if my political stance or love of Wil Wheaton should be virally delivered to 400-odd student teacher candidates.

Negotiating how much me to reveal defined my early Twitter Pedagogy. It was important that this space remained professional yet comfortable for my students as a space of learning. I knew that saying the wrong thing, or discussing a hot topic in a digital space, could easily spiral out of my control. What if my colleagues saw my tweets and called something into question? What if my students began sending inappropriate tweets from anonymous accounts? These are concerns I still have about using Twitter for teaching and research.

I wanted my practice as a digital researcher and educator to evolve and grow. I wasn’t afraid of being too open, even if this meant students would see retweets of Seth Rogen yelling at people online. Twitter provided an opportunity to push myself and my students into a new space and I wanted open communication with students and fellow colleagues. It may have been uncomfortable at first, but I wanted to show them I wasn’t afraid of trying something new and having it fail.

For a room full of future teachers, seeing that we as teachers are fallible is the ultimate lesson. When I conducted my first live-tweet for a Schooling and Society course, I recognized it as an opportunity to give students the ability to respond during the lecture without having to speak aloud. It could be a productive and wonderful learning experience — or it could crash and burn. I was willing to let the experience, and the students, speak for themselves. Alongside a few T.A.s, questions and comments were hashtagged with #biglecture and I turned certain questions and ideas into group discussions.

The results were mixed. There were successes and trolls and some drama due to anonymity of posts. More importantly, it became a new way to interact with students during the lecture. With a smaller group of students the following day, I had a discussion about what they thought about my calling on certain students’ comments or questions via the Twitter thread. Reflecting on the knowledge-building process in the lecture was important for my pedagogy, but also for the students. It allowed us to reflect on this new method in the classroom. Some found it distracting, and others found it a really great way to see what classmates were struggling with.

The dedicated hashtag of the lecture proved most effective for the group. It highlighted important questions, statements, and quotes made during the lecture. They emphasised that this allowed them to sign on after class to reflect back on key moments. This had an important pedagogical implication for me: understanding that students needed more than just their notes to synthesize the lectures, and found this hashtag discussion of value to them. It made me question the practice of Powerpoint lectures and note-taking. The value of learning through a hashtag was its social aspect; like trending events, activity on a hashtag helped me filter and focus on important ideas and synthesizes massive amounts of information quickly.

A few highly inappropriate comments students made during the live-tweet concerned some students. One tweet, for example, asked whether I was single or not, which upset students using Twitter for learning. After our student/teacher reflection, it appeared the future use of live-tweeting and projecting lecture notes on the big screen was complicated. It’s a wonderful gauge of where students are at with the content but the distractions it can cause are worth considering.

Negotiating when it is appropriate and valuable to live-tweet a lecture is ongoing. It is important to reflect on the use of technology because it is easy to overuse a new or popular tool to make lectures seem more engaging. But without proof, without critical reflection, these practices could alienate students instead. Meaningful opportunities to engage and encourage student learning is demonstrated by how we as teachers, educators, and researchers can implement technology, in this case Twitter, in a valuable way.

The following week, for example, I live-tweeted during a guest lecture, talking with my students online, helping them deconstruct the content in real-time. It was less intrusive, as the Twitter stream was never called up on the overhead projector. Nonetheless, I wanted to create a space where my students had the opportunity to question, problematize, and deconstruct the lecture as it was happening. The topic, “Racism and Anti Racism in Education,” was a heavy one and demanded extra support.

When we broke out into our smaller discussion group following that lecture, the tweets served as points of reference, including several screen captures and various meaningful questions related to the subject. With many of the main ideas or take aways from the lecture accessible on Twitter, we could quickly review a difficult lecture. I credit the effectiveness of this model to evaluating my practice the previous week for its pedagogical impact. It also provided an opportunity to dive into some of the students’ tweets that hadn’t been showcased during the lecture itself. Doing so helped them remember the lecture, revealing how they reacted in the moment as they were thinking through the content.

At the beginning of the semester, I gave out my Twitter handle to my students. Classroom discussions continued online beyond the designated class time and could be connected to other hot topics in education and society. Even today, students stop me in the hallways on occasion to discuss an article I’ve tweeted. Using Twitter in this fashion promotes an interactive space of sharing and collaboration that I find much more valuable and engaging. It has brought down some barriers, while allowing my students and I to establish strong authentic relationships, rather than those imposed on us by technical constraints of hybrid courses or institutional wikis.

The uncertainty of the space and the potential for things to go wrong requires a slow, critical approach to developing a Twitter Pedagogy. It demands experimentation, trial and error, and that’s OK. An informed pedagogy that is both critical and meaningful takes time. We must introduce pedagogical practices that will help us connect with our students. And I will always create space in my pedagogy to take these risks.

“education either functions as an instrument which is used to facilitate integration of the younger generation into the logic of the present system and bring about conformity or it becomes the practice of freedom, the means by which men and women deal critically and creatively with reality and discover how to participate in the transformation of their world” (p.115).

Digital pedagogy that engages students, and demonstrates meaningful connections with their everyday lives gives us the opportunity to encourage them to participate in changing the world. 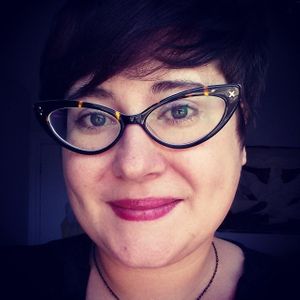 Kelsey Schmitz
Kelsey Catherine Schmitz is an educator and researcher who focuses on youth studies, technology, and critical pedagogy.
Twitter RSS
http://www.kelseycatherineschmitz.wordpress.com
Read more articles by Kelsey Schmitz.
Training to Work in the Wet
What do we mean when we use the phrase, “in the real world”? As many of us are in a state of transition between school and work, styles of work, or a balance of both, are we living a less real life if we don’t work for a corporation?

Compassion and Integrity
Common systems that check finished work for signs of plagiarism turn it into a punitive situation, rather than a teaching opportunity. What if we looked at citation as a compassionate authorial act? Could we situate quoting and referencing as an act of academic kindness?