What do we mean when we use the phrase, “in the real world”? As many of us are in a state of transition between school and work, styles of work, or a balance of both, are we living a less real life if we don’t work for a corporation? Indeed, the different ways humans interface with the world is hybrid. The column below is an inquiry into the meanings of culturally problematic phrases like “the real world,” and “proper use of time,” and the ways these interplay. It will ask questions concerning digital humanities, critical pedagogy, and agency. It is an exploration, a discussion, and a journey. Join us.

Having spent about 30 years in the school system, most as a student, some as a teacher, I am often told that my life will change “when I get out into the ‘Real World.’” This phrase has always troubled me; it sometimes even angers me. I don’t do a fake job, eat fake food, or pay fake bills, do I? My rent sure feels ‘real’ every month. And yet, for some reason, simply because my income comes from a university, my life is less ‘real’ than those who pay the same bills by some other means. Despite the university’s foothold in the capitalist system — despite my substantial role in training young minds to go out into that ‘real world,’ the industrial educational complex somehow maintains a protected status — disconnected from the places people go when they leave. I am well aware that education does not stop when I stand up from my desk. And it doesn’t stop when there are no longer grades involved. Still, there is a divide we tend to maintain between the ‘in here’ and the ‘out there.’

I am a product of the Industrial educational complex. But what does that mean for me, personally? Physically, it means straight rows of desks and long periods of sitting still. Psychologically, it means remaining quiet, responding only when expected and as expected, and predicting what my teachers want to get that ‘A’ grade. I was disciplined well and as a result I am very good at working the system (except for sitting still which I’ve never been able to accomplish skillfully). I have the ability to decide how to accomplish an assignment before the teacher is even done giving it; I work so well to deadlines that when there isn’t one, I get a little stressed out (and have recently met several others who operate similarly); When asked to make decisions on my own, I have a hard time if I don’t know exactly what is expected of me. I often struggle to see where others struggle within a system where I am trained to excellence. And yet, I have never been very equipped to operate in any other system.

But we mustn’t be blind to education’s position in the larger capitalist landscape. After all, this is my personal position in the system; my struggles in academia are contextualized by a systemic illusion that my world is somehow not real. Sustaining this illusion has consequences. This column seeks to name them, critique them, and encourage others to do the same. The elusive world of the academy is densely populated and we all have different experiences that can add to this conversation. Our struggle is real. Each of us struggles in a unique way. And they need to be heard collectively.

The consequences of my situation are intricately bound up in the discourse of power. Michel Foucault, a theorist known for writing about power and subjectivity, makes the following claim about the ‘real world’: “Truth is a thing of this world: it is produced only by virtue of multiple forms of constraint. And it induces regular effects of power. Each society has its regime of truth, its ‘general politics’ of truth: that is, the types of discourse which it accepts and makes function as true” (“Truth and Power” 131). In other words, our reality is what our culture — our society — decides is true. And when that society says a teacher is valued less than an entertainer (through income disparity, fame, etc.), imagine the impact that has on the education system. The results are devastating. If society decides that students should have a stake in their own learning, the reverse is also true. Imagine, then, what would happen to all those rows of desks.

The Western World is in flux. Advancements in technology are helping us shift away from the industrial standards that made the world as we know it today. We are moving into some new kind of standard that many are calling the ‘information age.’ And yet, there remains a state of perfection we all strive for — an ‘out there’ concept that dictates the way we behave so we too can be perfect. Philosophers have given these ‘out there’ standards a name: Martin Heidegger calls it “averageness,” and Michael Hardt and Antonio Negri call it “the common.” By contrast, a queer theorist might call it ‘normalizing’ and among the worst possible forces for those who don’t (or won’t) fit the mold. What I find interesting is that there remains any standard at all. When we have an open web that is staying neutral, new concepts of network theory, and the ability to work however and whenever we wish, why do we still strive for some average, common, or normative standard?

For me, a lot of what upholds our standards of industrialization is the way we speak. In a mirror of the factory experience, we are told we must strive for sameness in learning, thinking, and performing. Both in the school system (at all levels), and outside it, we use words like “production,” “measurable skills,” and “average.” After moving through this system, I am left with a value system that makes me feel guilty when I stay up (or sleep) late — never mind that I often work into the morning hours, so that sleeping until 10AM, when I’ve worked until 2AM, is not ‘sleeping in.’ Any time I move outside the typical workday norms — which very few academics adhere to — I find myself apologizing for my behavior — even to others who also do not live according to an 8–5 schedule.

And though I apologize often, I’m not sorry at all. I chose to live the life of an academic. I have been in a cubicle, wearing a power suit, finding ways to make my job more stimulating lest I should run out the security doors of the building screaming. As a result, I have developed a deep curiosity for the lives, jobs, and value systems of others. I often ask how people came into their line of work, how well they enjoy it, and what else they would do if they could. What I am really asking, it turns out, is about their daily experiences with power, subjectivity, and life choices. Chances are, if the person I’m interrogating went through the American public school system, she is probably influenced in many of the same ways I was, and if she didn’t, I have many more questions.

This article is the first of a regular column where we begin to work towards an answer, together. This column seeks to uncover the subjectivity of individuals and how they struggle with power, standards, and how they spend their own time — their personal time. It is an exploration of what we desire to resist, and why some of us do resist, and some of us don’t. It will ask questions like, “who creates the standards we strive to achieve?” and more importantly, “how do we know when we are contributing to, or even creating, standards that may exclude or demean others?” It will call on a variety of voices to speak to their own views of, and struggles with, these standards. It is about digital humanities, critical pedagogy, and agency — but ultimately it is about people. A new column piece will be published each month. They will usually follow a serial topic, and they will always be open for discussion.

Our first topic, beginning in February, will ask the question, “How does your training (vocational, traditional, etc.) inform the way you spend and/or value your time?” I have asked three individuals to share their thoughts on how they value time, according to their positions in this world, and the training it took to get there. Over the course of the next few months, we will hear from folks like an academic struggling with educational union issues, an underwater construction worker who learns much of his skills on the job, and a lecturer at a university who is also raising two beautiful children. 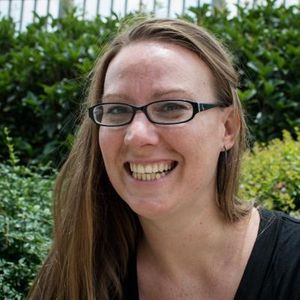 Valerie Robin
Valerie Robin is Knowledge Manager at SITA in Atlanta, GA.
Twitter RSS
http://vrobinphd.com/
Read more articles by Valerie Robin.
Faithful Listening
http://www.hybridpedagogy.com/wp-content/uploads/2015/01/sircy-faithful-listening.mp3   When you read through and comment on your students’ work, how do you assess the twenty-fifth essay you read as faithfully — as painstakingly, as generously, as truthfully — as you did the first? My answer is that I literally listen

Envisioning the Radical Syllabus: A Critical Approach to Classroom Culture, Part 2
This piece is a follow-up and response to “Syllabus as Manifesto: A Critical Approach to Classroom Culture.” There is a fear among University educators that the students they have received are damaged goods. Frustrations are vented frequently in the faculty and graduate lounges about the student who avoids homework, and