Hospitality in the classroom and digital pedagogical practices encourage participatory pedagogy and collective action. This model of learning and teaching emphasizes the shared responsibility between all members to contribute to and actively further the intellectual exchange and critical inquiry of the course; indeed, this model of learning can frame how we understand subjectivity itself. Google docs, for example, can be thought of as merely a technological innovation that enables collaborative notetaking. But the programming structure of Google docs closely resembles Clay Shirky’s articulation in Here Comes Everybody of how collective action invokes subjectivity by tying one person’s identity to the identity of the group and making a decision of a group binding on all individual members (51). A collaboratively constructed Google document creates a site of authoring — and self-authoring — that materially represents the multiplicity of subjectivity. Unlike “group work” (where students simply divide the workload of a project into discrete, individual tasks), the collaborative production of participatory pedagogy derives from a shared responsibility, vision, decision-making, and creation that cannot be divided.

As a critical digital pedagogue, I owe a great debt to Jacques Derrida. Derridean concepts of ethical hospitality, freeplay, jouissance, and différance have always felt intimately human to me. The vulnerability to rupture, the burdens and liberations of undecidability, the spirit of generosity in multiplicity . . . the conditions underpinning Derridean theory are brimming with deeply humanistic inquiry. These same conditions can instruct educators not only how to facilitate participatory pedagogy and collective action in our classrooms, but also about knowledge production as communal intellectual rigor and joy.

A recent article on Hybrid Pedagogy argues for an emerging notion of academic rigor characterized by play. Sean Michael Morris, Pete Rorabaugh, and Jesse Stommel claim that hybrid pedagogues “must move past our traditional definition of rigorous academic work, and recognize that a learning experience or a pedagogical methodology can be both playful and also have the qualities of the best academic work, if not the reagents of traditional rigor.” Recognizing a methodology as equally playful and rigorous may ring counterintuitive to some. For me, however, an educator steeped early on in the work of Derrida, acknowledging the play of intellectual rigor feels like coming home.

Derrida’s philosophy of ethical hospitality is premised on radical egalitarianism and can be a model for digital pedagogues working to rethink and redo sites of teaching and learning. In “Violence and Metaphysics,” Derrida describes hospitality as an “ethico-metaphysical moment” of welcoming the Other even when — indeed, especially when — the other is uninvited. Emmanuel Levinas and Derrida have both written extensively about how hospitality engenders not only justice but the phenomenology of subjectivity itself. Levinas posits in Is It Righteous To Be? that welcoming the Other means being responsible for the Other even without culpability. Subjectivity is always a relational structure wherein the “I” is constituted through the imperative of being responsible for the existence–and even for the sins–of the Other. “The other engages you in a situation where you are obligated without culpability, but your obligation is not less for all that. It is at the same time a charge. It is heavy and, if you will, goodness is just that.”

Wholly surpassing generosity or philanthropy, hospitality demands that we affirmatively respond to a stranger’s right to our refuge. Immanuel Kant articulated the obligatory underpinning of hospitality, stating “we are here concerned not with philanthropy, but with right. In this context, hospitality means the right of a stranger not to be treated with hostility when he arrives on someone else’s territory.” Hospitality in the classroom radically rethinks the “territory” of the learning space because it alters the rights and obligations of both students and teachers. In “The Character of the University,” Srinivas Aravamudan extends the generative possibilities of hospitality to consider a future of critique that “might take the form of actualizing something like a new charter or academic contract for the university that builds on a juridical moment in Kant” and that realizes “a notion of free exchange and openness to the outside, whose essence could be characterized as that of intellectual hospitality.”

Aravamudan recognizes the transformative power of hospitality to allow for a more ethical and inclusive learning terrain. In this new pedagogical environment, the university is defined by and acts in concert with its place in the world; it does not totalize or cannibalize that world. He explains that “[b]y spurring newer forms of hospitality to scholarly languages and disciplines that are not automatically comprehensible at first blush, what began as the globalizing university can be replaced by the more desirable construct of the university-in-the-world.”

As my interest in and commitment to digital pedagogy and participatory culture has developed, I have significantly revised my own teaching practices. Whereas my research interests have long been rooted in considering how some writers use aesthetic form as communicative acts to argue for progressive social change, until two years ago my writing courses largely asked students to restrict their writing to single-medium compositions and their research to closed-access, “scholarly” publications. There was, indeed, a significant disconnect between what students were learning and how they were learning it, as well as how they were producing their own new knowledge. In my most recent class, “Law in the Age of Twitter,” students compose digital texts using Storify and WordPress to enter the public conversation about the impact Twitter and other social media sites have on enacting social change.

In Adieu to Emmanuel Levinas, Derrida offers an homage to his friend and colleague. Derrida’s wish for Levinas is not that the deceased go in peace, not that he rest in silence; rather, Derrida articulates his hope that Levinas will continue to “respond in us.” As an educator committed to supporting participatory culture, I respond to Derrida by building upon his urgent call for a more robust commitment to hospitality. A liberatory pedagogical model based on hospitality not only redesigns the space of the classroom into a transformative learning environment but also mirrors the future of academic work as collective public critical production. By reframing Derrida as a digital pedagogue, we liberate his methodologies from those shackled by the ivory tower to those constituted by the freeplay of a new academic rigor.

In “Structure, Sign, and Play in the Discourse of the Human Sciences,” Derrida describes freeplay as “a field of infinite substitutions in the closure of a finite ensemble.” Rather than searching for and affirming an immobile center, freeplay affirms a rigorous undecidability, a joyful recognition in the rupture of binary opposition. The pleasure, or jouissance, of textual play derives from acknowledging that the structural condition of language is multiple. While the didacticism of singularity totalizes and limits interpretation, freeplay embraces the condition of multiplicity as generative, hopeful, and intellectually imaginative. Meaning arises not from the coherence of similarity but from the liberatory process of différance.

Critical digital pedagogues and hospitality-based classrooms reject hierarchical power structures that privilege a binary relationship between teachers and students and academia and a wider public; they reject logocentric knowledge-making that insists on single medium composition practices, single meaning interpretations, and single, academic-only audiences. Indeed, as Sean Michael Morris has argued, digital writing is a rebellion embodied by différance. Like Derrida’s theory of language, critical digital pedagogy encourages the freeplay of intellectual rigor; it acknowledges discourse as communal, the multiplicity of decentered learning environments, and collaborative construction; it rethinks the materials of communication and the mutability of meaning; it celebrates the networked nature of the critical work of learning, teaching, and being. 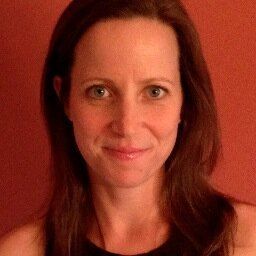 Aria F. Chernik
Aria F. Chernik, J.D., Ph.D., is a Lecturing Fellow in the Thompson Writing Program at Duke University and Associate Director of the TWP Language Arts + Media Program.
Twitter RSS
Read more articles by Aria F. Chernik.
CFP: Critical Digital Pedagogy
“Digital pedagogy is becoming, for me, coterminous with critical pedagogy, given the degree to which the digital can function both as a tool for and an obstacle to liberation.” ~ Jesse Stommel, “Decoding Digital Pedagogy, pt. 2: (Un)Mapping the Terrain” Click here to read the articles that responded

The MOOC Problem
The purpose of education is in large part linked to its standing as a social science. Philosophers dating back to Socrates have linked education to a purpose beyond the individual, one where accrual of facts and training in skills is not the outcome or objective for the individual nor society;