Victorian hubris opined, “All that can be invented has been invented,” and so we entered the 20th century emboldened with a Titanic which was unsinkable, and a hydrogen-packed Hindenburg. The invention eureka moment is chance, perseverance, sweat — but also danger. Gone is the slow iteration of change; upon us, the sudden rupture-rapture of the new. No one expects thousands will die in the North Atlantic; no one expects academics to throw themselves on gangways as luddite voices of restraint. If teaching is what we do, do we not owe those seeking to learn a reassurance they are at least on a seaworthy ship? How much of the good ship MOOC is built on the same blueprints as many noble vessels whose buoyancy has long since proved questionable? Somewhere Leonardo di Caprio stands on the bow of Google Reader.

E-learning necessity, the mother of e-learning invention, guarantees a certain degree of e-learning development. Yet how much of the history of e-learning isn’t our inventions from our necessities, but instead the co-option or shameless scavenging through web 2.0 technologies looking for inspiration? Imagine e-learning without blogs, or Twitter, or Facebook, or forums. Do we really think of our LMSs as built for us? How many are seaworthy? Disaster might be too rich a term for this, but put 50015 people on board the good ship MOOC and now it is something akin.

As an invention matures the society around technology often alters how the technology is used. Sweden and Finland pioneered mobile phones as snow brought down phone lines, but the mobile phone is now a ubiquitous facet of city living. Technology may appear as the panacea, but be repurposed and reused as something else entirely. The teacher is now the maintainer of a technology which wasn’t built for her, or for her purpose — and over which she has no dominion. This isn’t passage on the Titanic, this is us cast adrift in an alien vessel.

If forward movement is haphazard, then can we plot a course of pedagogic safety, through the “here be dragons” of iceberg and hydrogen disasters? The greatest 20th century disaster comes not from a machine directly, but instead from a reply to a question “how do I get rich?” To which, the almost witty, but sadly truthful response comes: “… invent something that will enable these Europeans to cut each other’s throats with greater facility.” This sentence birthed the Maxim gun, the first mass produced machine gun. In seconds at the Somme and Sandepu more died at the hands of this device than upon the Titanic or Hindenburg.

The Maxim gun, and the sudden possibilities of scale, were the breach opened, through which a thousand eurekas raced without thought for consequence. What of those fearful angels, trampled under eureka-foot — the babies lost with Archimedes’ bathwater — whose thinking and professionalism we relied on for candour but who didn’t understand the danger. The technology made things possible, but if it had a million Achilles’ heels we’d never see them. A mob mentality? A MOOC mentality? Are MOOCs to make money, or to democratise, or neither, or both?

And what of this and teaching? Well consider the Titanic and Hindenburg as Ivy league public transport (steerage that didn’t fare so well) and these Maxim guns as mass scale technology. Whereas before, war was expensive, the scalability of the Maxim gun made it affordable. So what of the notion of MOOC as machine gun? The LMS to the MOOC, like the revolver to the Maxim gun — one aspect is stretched, sinews tested, blueprints ignored, and fingers crossed.

So the MOOC takes a small part of the pedagogy, and then, due “to the wealthy nation’s desire to educate cheaper with less faculty” (excuse the paraphrase and punning) gains a prowess that few can deal with. We now have superstar lecturers, taking out the trash, and Tech Crunch lambasting those who don’t feel a MOOC deserves credit as “an old guard not going down without a fight”. Remember the eureka breach, full speed into the new — and those who might suggest checking first, those angels who would otherwise fear to tread now yoked to a technology that’s dragging us forward. Is this seaworthy? Nautical, or naughty?

Does this technological yoke matter? Is this different from other forms of adoption? Choosing to use Twitter or WordPress is adoption, but being coerced into Twitter isn’t adoption. When asked to choose the weapon with which to fight, would you not conscientiously object? Who’d honestly take the machine gun willingly? Who is the brave soul who’d dare to say “actually I think my teaching is pedagogically sound as is and doesn’t need to change at the moment — and lay down arms? Who is the person questioning the need for this full stop? Who is interested in going forward collectively as a community?

So these new technologies, these elephants in the room — does it matter where they are or where they come from, or the reason they’re invented? It does for pedagogy, because the prime developer of the tools we use to educate isn’t ourselves, but is more often than not the military-industrial complex. COBOL, one of the very first programming languages was sponsored by the Department of Defense. SCORM, a common standard in e-learning is Department of Defense funded. The tools we wish to use to teach with, or are expected to teach with, were developed for different purposes. Armies still teach, but are unlikely to employ diverse, innovative approaches. If our technology is given us to use (almost as an order, with no discussion or critical theory), rather than something with which we can form relationships, or develop and craft, then how will this series of vulgar pipes running into malformed barrels not alter our pedagogy?

There is a choice between the “borrowed robes” of MacBeth and the “emperor’s new clothes” of Anderson, but only when the teacher is the developer. The teacher empowered, or liberated with tech development skills could free herself from the bondage to outside development. As a developer I’d love to see this happen more often, but at the same time, this is the last gasp of a long campaign.

Even when universities develop their own software, we know that a “not-invented-here” feeling dominates. Are Universities developing “their” own tech for “their” own people so as to smite “their” rivals? Do universities buy e-learning technology for their own students, or to retain a competitive advantage? Universities widely share knowledge; would a university library be the same resource if it could only stock books from current faculty? With software, adopting a rival’s solution is almost a weakness. Even then, an IT services team built to guarantee a service isn’t going to want to risk an experiment or dalliance with the most bleeding of edges.

Is the MOOC a glorious siege tower? Or are universities’ educational technologies a wafer-thin Maginot Line over which Maxim guns can be carried?

Solution rich I am not. As a developer that prefers food to not food, it is hard to neglect the stability that larger full time contracts can offer — you could call it tenure — when compared to what smaller, more innovative approaches could do. I’ve built the odd WordPress plugin in the hope of making a few tasks easier for people, but in the same way you can question the pedagogic approach of the MOOC, my software development has become effectively a “mud sticks” approach. The closer I move to “an academic”, the more I must choose either to customise a generic solution, or to make a tailored specific one. Generic is the better option, but inevitably compromises individual pedagogic approaches. No developer wants to limit someone, but a million individual approaches is going to be nigh on unsupportable long term — especially if effectively done for free.

We talk of educational technology, but does education own the technology? Like Google Reader, are we squatters, tenants, or tourists abusing other technology for our own aims, like birds nesting on telegraph poles? The narrowness of educational technology (effectively the LMS, plus a little) leaves the pedagogy implemented through truncated, emancipated and ripe for replacement with a super-scaled MOOC. If the individuality can be squeezed out of a teacher’s pedagogy by forcing round-hole ideas into square-peg systems then what difference between the MOOC and the LMS, other than scale? If you’re willing to hold the revolver, then you must be willing to hold the machine gun.

Think of software development viewed through the lens of pedagogy. The millions of the MOOC are ideal — scale and simplicity. Larger classrooms still have the oh-so-wonderful scale, but also a greater sense of community — perhaps to provide training and support to each other. Seminars, and then perhaps individual tuition become problematic — again — to our lovely scale. The smaller the user base (and sadness at the term user), the greater the role of the developer as community leader. But ideally, we would return to either the paired teacher-developer team, working closely to produce a customised, tailored experience for a cohort, slowly refined over time (the antithesis of the MOOC); or the teacher-developer, lovingly crafting solutions like an old tradesperson slowly coaching his apprentices towards their own masterpieces. However, perhaps the answer, or a tantalising vision of the answer lies in the seminar. As we’ve seen the teacher-student role being blurred and challenged, is there also a chance to blur the teacher-developer / developer-teacher roles? How could this be facilitated? Could this journal’s title — keyword hybrid — perhaps suggest a pair system where developer and teacher could tie to each other?

These small battles and micro-questions ignore perhaps the educational elephant in the room? Or are they vital? When was the last time someone asked you to help develop a teaching tool? When was the last time you developed a novo a new teaching tool? Have you ever specified a dream tool? Pull your head out of these blue skies and clouds — you have a right to the tools you need to do your job.

So we can stay with the status quo, and wait for the next Maxim (as invention) or maxim (as truth), or risk the hybrid (sometimes you get grapefruits, sometimes you get killer bees) — but beware, the e-learning software side of the splice is often compromised before it can start.

As a developer I apologise, for I am complicit; but to do nothing is to let us others have dominion over your pedagogy.

[Photo by History In An Hour]

Ed-tech
Our Bodies Encoded: Algorithmic Test Proctoring in Higher Education
Cheating is not a technological problem, but a social and pedagogical problem. Technology is often blamed for creating the conditions in which cheating proliferates and is then offered as the solution to the problem it created; both claims are false.
Shea Swauger
14 min read

Hybrid Pedagogy Publishing
An Urgency of Teachers
This collection of essays explores the authors’ work in, inquiry into, and critique of online learning, educational technology, and the trends, techniques, hopes, fears, and possibilities of digital pedagogy.
Sean Michael Morris
5 min read 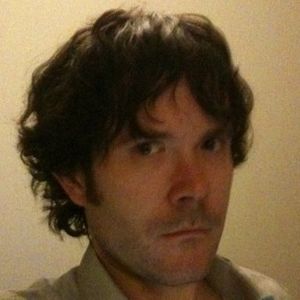 Pat Lockley
Pat Lockley has no real affiliation, he's peripatetic. Interests : Sailing closer to the wind, sailing closer still. 1 cat, some plants, mostly vegan, music, experiments, experience.
Twitter RSS
http://www.pgogywebstuff.com
More posts by Pat Lockley.
Learning Beyond Limits: Open Source Collaboration in the Classroom
The Challenge: Incorporate an open source community service project into every class. What happens to a student paper or project after the individual turns it in or presents it in class? Where does it go? What, ultimately, is at stake for the student when s/he sits down to apply

Multiple Personality Pedagogy: Varying Voice in the Classroom
As teachers, we sometimes get tired of hearing our own voices. That’s why we show movies, bring in guest speakers, and encourage discussion. Plus, we want to bring in other views in order to provide alternative perspectives. Otherwise, we’re just recreating ourselves in our students. Worse than that,