After including the GenLit Project in my Experimental Writing course during the Fall 2014 semester, three senior undergraduates remained mesmerized by the perceived novelty of a generative, digital novel. For the following semester all four of us shared our frustrations, questions, and perplexities, which later drove our inquiry into the nature of the novel in its digital future. Many of those started as definitional questions around the confines of a novel while some others were reactionary, addressing why many are fearful of literature’s migration to digital platforms. As it turns out, much of the criticism we read to spur thought on our questions addressed the materiality of the codex in conjunction with literature’s responses to digital technologies. We each read from a corpus of essays I chose and students augmented. With each week of reading we all wrote responses to the ideas we encountered, compiling and rearranging them as our collaborative essay developed. Each section of the essay had a “parent” author that worked to consolidate, develop, and edit more heavily than others in the group. This third of four parts explores how moving the novel from the codex to the digital file displayed over the Internet significantly alters the paratextual features of the novel.

Literature, like any other cultural expression, reflects the culture that produces it. The text is of that moment and that place. Our current time and place is a digitized, mediated, global space that has so frequently transgressed the boundaries of individual genres, media, of nations and even individual identity itself. Transmedia storytelling oversteps divides between novel and video game, for instance. Academics and cultural critics like Jonathan Alexander and Brooke Gladstone take up the graphic novel as form for informing or teaching the public. Social media practices (not to mention NSA information gathering practices) relocate or blur the line dividing individual and group identity. The computer’s ability to process and produce any number of media (verbal, aural, video, visual) as our functional and defining tool of the era is our model for life. And so, border transgression has become the norm and our culture more bravely steps into the no man’s land between previously upheld categories.

In her essay “Beyond the Book: François Bon and the Digital Transition,” Alison James states that the Internet is not a single medium itself but rather something that “operates a number of crucial displacements in our modes of writing and reading and ultimately alters literary and social practices” (37). Overall, the Web operates in much the same way as the generative literature process, where numerous authors operate these “crucial displacements” in working with or against each other. This moment of transition where the traits of digital and print writing coexist and their evolution and future is still unknown makes for a nervous and awkward time. As James claims, “the coexistence of online writing and the printed book generates multiple tensions…that are symptomatic of a transitional moment in culture” (40). While James is referring specifically to François Bon’s work in this quote, it holds important value for the general scope of literature and new media as well as specifically with our work on the generative, gamified novel that is the central focus of the Generative Literature Project.

Thus far, the Generative Literature Project includes a ‘text’, comprised of the character profiles of the Theopolis College alumni, and the ‘paratext’ created by the surplus of information involving marginal characters. These marginal characters were developed to be contextually related to a chosen alumnus and used to provide insight about the suspects in the Theopolis College realm. In addition to the marginal characters’ profiles are artifacts: chosen symbolic remnants of the relationship between the paratextual character and the textual character. These paratextual artifacts, ranging from items such as old correspondence to relics from previous activities, expand the knowledge of the text to include personal elements, and play a key role in the detective or mystery genre and in creating compelling main characters.

The originators of the Generative Literature Project imagined it as a series of concentric circles with The President of the University, Kadence MackArthur, in the center, the circle of ten distinguished alumni as the inner circle, and the associates, family, friends, and acquaintances of each alumnus forming the large, outer circle. Each student in the class worked on one character for the outer circle and as a class we compiled the alumnus, O Jorgenson. Most of the work of the project was thus developing the periphery of the story. The story is in the peripheral knowledge to be unearthed via the marginal characters. The text, though, is the major plot—Which alumnus/a killed President MackArthur?—while the relationships between that suspect and his or her circle of associates, family, friends, and acquaintances forms the paratext. The paratextual elements serve as navigation for the reader as they progress through the interactive experience, and learn about each alumnus in hopes of discovering the perpetrator.

Relying on paratext to tell a story is not a new take on novel writing; however, doing so to this scale may well become a defining trait of collaborative, generative literature.
In recounting the third primary function of paratext (the first being an interpretative aid to the text and second being advertisements of the text), Dorothee Birke and Birte Christ state, “paratextual elements also have a navigational function in that they guide the reader’s reception in a more mechanical sense, both when approaching the text and when orienting themselves within the text” (316). At its base, paratext enhances, elaborates upon, and aids navigation of the text itself. Text and paratext interact with each other as much as the reader interacts with both text and paratext, respectively. The Generative Literature Project takes up the narrative potential of paratext rather than being satisfied with its navigational role. In fact, there is so much paratext that one can only imagine the final text will form a difficult labyrinth in comparison to more textually centric stories. While paratext may mean to direct or control the reading process, adding too much paratext overwhelms the reading process, turning it into a searching or browsing process. With so much paratext, there is an increased chance of misleading readers by saturating them with directions that could devolve into diversions.

The transition from analog to digital has introduced a plethora of different paratextual elements that are added to modern collections of text. Often it is by replicating the paratextual markers that media remediate new media. Early films included an intermission, replicating a paratextual marker of live performance. Other films included opening sequences of book pages flipping to the beginning of a story. When we transitioned from book to DVD, for instance, we had to know how to navigate the digital text. Birke suggests that even a DVD menu is meant to help “readers”:  “For viewers using this function, it structures the encounter with the text in a way that is reminiscent of the division into chapters in printed books” (72). In addition, DVDs are packaged to appear similar to paper books (71) with various paratext meant for commercial value donning the outer covers and spine of the packaging. Birke comments that “the display may be understood as part of a larger strategy to signal the cultural significance of the artifact” and emphasizing its likeness to literary material in order to aid in reception. These subtle paratextual cues help direct the transition from print codex to digital file, but the Generative Literature Project takes these same functions and uses them in narratively motivated ways.

With the The Generative Literature Project, we are essentially authoring a book (with many other people) in such a way that we won’t be aware of all of the paratext until it is made.  For example, whether we choose to omit or include character Twitter handles — providing another social media outlet for expanding participation and conversation in our generative project — could have a significant effect. Creating a profile for a character, at any time in the process, is simultaneously a paratextual and textual choice now. This fact calls into question whether in interactive, generative literature there is any longer a meaningful distinction between text and paratext. Is the whole text a compilation of paratext? Where is the line drawn at which the story and the text really end, and the paratext begins? Attempting to answer this question only deflects us into a mirror question: Who is authoring this collection of text and paratext? Who decides which is which?

With so many contributors to this compilation of characters and events, the question of authorship in generative literature is difficult to answer. It could be argued that each contributor is an author, or that the creators and orchestrators behind the idea that will later compile the information and intricately connect them into a coherent paratextual novel are the authors. Even the programmers responsible for pulling the project from theory to technological reality or the reader themselves could be considered the author due to the interactivity and choice-based style of reading that will come forth from this endeavor. These blurred borders between creator, author, designer and reader are at play, working for or against each other in the paratextual elements. It’s the navigational choice, the process of working through a generative literature piece based on technology and new media, which affords nearly everyone involved the opportunity to participate as an author.

While this third of four installments included an analysis of paratextual implications in moving from the codex novel to the digital novel, the fourth and final part will consider how the generative nature of the Generative Literature Project impacts the genre of the project: the murder mystery. In this final installment in the series, Elise Takehana, Jonathan Jena, Natasha Rocci, and Matthew Ramsden also touch on the high-low debate surrounding certain literary expression.

This article is the fourth in a series of reports on the Generative Literature Project, sponsored by Hybrid Pedagogy Publishing. 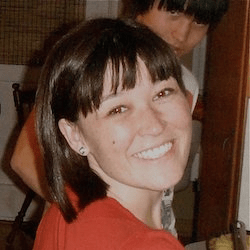 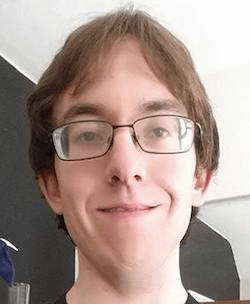 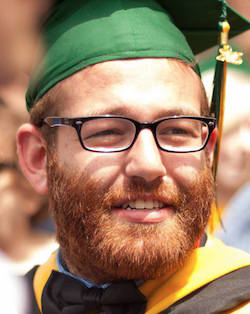 Matt Ramsden
Matt Ramsden is a recent graduate from Fitchburg State University with a Bachelor's of science degree in English studies. His academic concentration is modernism and post modernism.
RSS
Read more articles by Matt Ramsden. 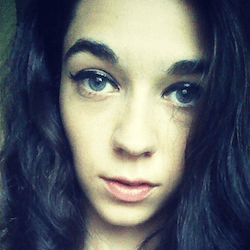 Natasha Rocci
Natasha Rocci is a senior English Studies (Professional Writing) major at Fitchburg State University. She is interested in life writing and psychology.
RSS
Read more articles by Natasha Rocci.
Working in/at Public
Digital Pedagogy Lab held its first institute from August 10-14, 2015 in Madison, Wisconsin. Hybrid Pedagogy sponsored two Fellows to the Institute: Robin DeRosa and Stephen Barnard. The article below is a contribution from Robin DeRosa in response to the Institute and the complexities that Critical Digital Pedagogy raises. I’