I was going to start by saying that digital writing was, for me, a Pandora’s Box.

But that would not be fair, or true. The jar Pandora opened held the evils of the world; her act unleashed them into the commons forever.

My story is not such a cautionary tale.

Like Pandora, I learned that what is opened to the world cannot be closed again.

But unlike Pandora, I am not sorry.

When I left the hospital for the first time after nearly three weeks of bedrest, it was raining. I’d been airlifted in during winter’s last April gasp, but in my hermetic isolation, the ground had transformed into a carpet of green. I was Rip Van Winkle, out of sync with time.

We drove out of the city to the old tower on its outskirts, where I’d climbed as a child. The tower was closed, too old, too dangerous to be left open for tourists any longer. I picked my way gingerly up the path and cocked my head at the old stones of the tower. I scanned the place for signs of my former self, for the refuge of another time and life.

Nothing materialized. I had stepped off the side of my own flat earth.

I turned in the rain, then, and tested my footing on the bank of overgrowth that led toward the harbour. I climbed until I was alone on a low ridge, looking down through the brush onto tiny sailboats, seabirds. When I was sure I’d gone far enough that no one could hear me, I spoke his name for the first time in the thirty-six hours since he’d died.

I had a son. His name was Finn.

I knew it might be a long time before I had the courage to say those words aloud again. I’d already watched the hospital staff struggle to meet my eyes and realized, oh. Nobody knows how to talk about dead babies. But I needed to speak him, if only to the wind.

I’m not sure I’d heard of blogs, then. It was a year later, just a couple of weeks before the birth of his younger brother, that I started one.

And it was through blogging that I wrote him into my life.

To be written is to have lived, in the Western tradition; to be written into being a form of incarnation.
Blogging did not bring him back. But it made him visible, real, and publicly speakable in a way that no other aspect of my life offered.

Waddling through grocery stores at eight months pregnant inevitably brings swarms of unsolicited labour advice and questions of “is this your first?” Answering honestly left well-intentioned middle-aged matrons gaping awkwardly at me in the produce aisle. Yet to pretend he had not existed felt like betraying him. All that I had left of him to mother was his status as my child.

And so I began the blog. cribchronicles.com, all lower case, a placid mommyblog handle I later cursed for its twee sentimentality. But when I chose it, near the end of that terrifying second pregnancy, its title was an act of hope and performativity, a deliberate coming out of the closet of my own heretofore invisible motherhood.

I wrote about his absence, his invisibility. I wrote about his brother, too, and the sister who followed. I wrote about the mundanities of motherhood, and the exhaustion, and the joy. I found ways to honour Finn’s birthday and that of his death, to tell the stories that had been part of my pregnancy with him. I wrote, and he was received. And for me, it mattered.

Blogging is a choral act. Posts are commented on; ties are formed. Stories and backstories become known. As I connected with other bloggers and found community first with other parents and then with those whose writing, like my own, unpacked identities in various forms, I stumbled into something extraordinary: a space wherein I was able, in small ways, to publicly mother a child who was not here.

It turned out that I didn’t write about Finn all that often. I did not need to. Yet the blog allowed me to acknowledge him as part of the fabric of our emerging family.

The open, networked nature of digital writing allowed me to speak what I thought was unspeakable. It broke with the gatekeeping traditions of print publication that deem and determine which voices get inhabited, heard, distributed in the world, and created a public space in which I could be mother to all my children.

It gave me a place to say aloud, I had a son. His name was Finn.

And the only evil my act released was this: a toxic, choking silence.

Seven years less a day after that afternoon at the tower, in the middle of a busy April Sunday, I extricated myself for a moment from the two small loud people pulling me in opposite directions.

I sat myself at the computer. I saw the numbers on the clock.

I blinked and there he was, small and splayed as they rushed him away from me to the bright lights and the yellow gowns flooding the room. Dark hair and a trail of blood and one perfect ear and then I could see nothing else, then or now. The window closed, and he was gone again.

That night, after the cacophony of dinner and bedtime and life for the living, I opened my computer again to a flood of comments, likes, acknowledgements. Love, sent over the ether.

For a child almost nobody ever met, except in words. 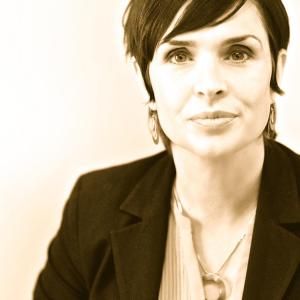 Bonnie Stewart
Bonnie Stewart is a teacher and learner at UPEI, Canada. Researching education, higher ed, and who we are when we're online.
Twitter RSS
http://bonstewart.com
Read more articles by Bonnie Stewart.
Creative Beasts with Crayons
Digital writing is emergent writing. It mutinies at the imposition of form, the edicts of the grammars of old. It rails to change the rules. It raises the flag of anarchy. The council of digital writing is one of spontaneity, rambunctiousness, the aloof horror of invention, the frenetic joy of

On the Horrors and Pleasures of Counting Words
Good writing is not reducible to numbers; the word count for the expression of an idea can’t always (or even usually) be determined in advance. Ideas fit all kinds of containers, some small, some large, some book-shaped, some made of 1s and 0s. When I aim for a specific