Problem Statement: Digital humanities students are too often subjected to an over-emphasis of critical reflection and not enough experiential learning and corresponding presentation formats. This results in a lacking sense of efficacy and agency in producing change both in- and outside of academia.

Context: Undergraduate programs in digital humanities (in a wide sense).

Solution: Introduce and experiment with hybrid genres of learning products and presentations formats (such as the stratagem, the manifesto, the instructional video etc.) as an occasional supplement to (not substitute for) traditional methods of presentation and examination

Rationale: Hybrid learning products will encourage students to think about consequences and repertoires of change and actively produse suggestions for transformation.

Too often, we demand from our students written proof of learning in the form of academic text. This is perhaps especially true within the humanities and the social sciences. We have, however, previously argued for the importance of installing an agency for change in students. For us, this agency seems unlikely to come only from producing a text that will at worst only be read by an examiner and at best also by a few classmates. This feeling of agency and efficacy (the capacity to produce an effect) rather comes with produsing hybrid learning products belonging to new/other genres than the ’pure’ critically reflecting text (or hardcore exams). We do not oppose critical reflection as being a foundation stone of any education, but as Laurillard, we argue that further inspiration could be taken from engineering, architecture, computer science and medicine in encouraging more of a ”design thinking” in (digital) humanities students. On a more general scale this is an approach that would combine critical reflection and experiential learning, and imbue students with an agency to make change and, quite literally, push things forward.

This proposition will put forward a number of genres of learning outcomes that, hopefully, better embodies the pursued combination outlined above. We believe that an increasingly important goal is to provide students with a range of potential presentation formats, so that in the future, their choice of genre could be grounded in the awareness that different audiences (e.g. the public, designers, marketing executives, policy makers, activists) are susceptible to different formats. The list is by no means complete and we have deliberately included formats with a relatively steep learning curve (i.e. having a low threshold and rapid progress of learning).

The instructional video is a staggeringly popular genre encompassing what we may call everyday expertise. The phenomenon of consulting YouTube as soon as you encounter a mundane problem is remarkable. It is also not surprising. Instructional videos are visual, just-in-time and up-to-date and thereby very appealing. They are often also well edited and extremely detailed. As such, we are reminded that the instructional video is also a genre for sharing knowledge. We argue that by using the instructional video we adopt a publicly emergent genre and reappropriate it for hybrid learning purposes. The recording and editing of video for instructional purposes presents new challenges to engage peers and to convey tacit and potentially subjugated knowledge.

Powerpoint seems to retain its grasp on presentations both in and out of the classroom. We are not suggesting that Prezi is necessarily that different from Powerpoint in terms of installing a potentially limiting norm. However, for the moment, it seems a good tool for creating overviews of delimited areas of study. Its premise, the open canvas on which objects are arranged and rearranged, works towards multi-linearity and cartographic approaches. Fairly recently, Prezi also included the possibility to add audio narratives. As such, a Prezi presentation can become a self-contained format for remote sharing. Further, like the instructional video, the narrated Prezi abides by the idea that presenting information to others generates higher knowledge retention rates.

At the very top of this proposition, we present a tentative design pattern. This patterns serves two purposes. First, it summarizes the very idea of this proposition – to bring diversity to presentation formats and products of learning. Second, it is also a hybrid learning product in itself. A design pattern presents a solution to a (recurring) problem in a given context. As such, the pattern itself presents the context, the suggested solution and the problem, but also the diverging forces that legitimize the problem as a problem. The suggested solution is a coordination of the forces and presents a careful consideration of strengths and weaknesses. The pattern is empirically grounded in recurrence, moving it beyond personal experience. This recurrence is reflected in both the reappearance of the problem, but also in a synthesis of previous attempts to solve it, Also, it is written so that the solution is specific enough to solve the problem, but general enough to allow for a variety of specific instantiations of the solution. Notably, the pattern is a communicative genre, intended at supporting discussion, refinement and sharing of common solutions. As such, the broader benefits of patterns come from forming larger aggregations of patterns, so called pattern languages. Of course, we cannot expect students to develop all-inclusive design patterns, let alone pattern languages, but as a communicative genre (directed partly towards designers) and as an exercise, we believe the development of design patterns has much potential.

Once students enter working life outside academia, the format of the academic paper is (often) of little practical use. Rather, the report is a more commonly preferred structure. Admittedly, the report is a disparate genre in itself and many reports actually remind us much of academic papers. As such, we will suggest a particular type of report highlighting actionable insights (possibly for an imagined client) that focuses on what can be done. In essence this is much like a condensed academic paper – research objectives must be clear and answered by providing detail and direction. That is, superficial observations will not provide enough granularity for taking action. The report we propose also includes a more considered balance between supporting graphics and text as well as an executive summary. Too often, even on doctoral candidate level, the contribution to knowledge made by a specific study is not specified. Compelling students to condense insights and make them actionable is of wider benefit, we think, than a simple adherence to a market-driven logic of presentation.

Although this runs a risk of adding to the inflation in manifesto production, we suggest that it is a genre that has the potential to install a sense of efficacy in students. Generally put, a manifesto is a statement proclaiming political or artistic intentions, incentives or critical principles. Importantly, this statement also embodies guidelines for initiating and producing change in the (general or specific) direction of the manifesto. As such, it calls upon its author(s) to think through what changes that could produce desired outcomes and how to express and accomplish the necessary transformations.

In their book on “evil media” Fuller and Goffey propose the extended use of stratagems in questioning the neutrality of media technologies. A dictionary defines a stratagem as a “clever, often underhanded scheme for achieving an objective”. In the conceptualization of Evil Media, stratagems are more about revealing how certain affordances of media are emphasized and others are muted and overpowered. As such, the use of the stratagem is about recognizing both good and evil outcomes of media (its “grayness”). The achievement of its objective, then, is also more ambiguous as it acknowledges the uncertainty inherent in the outcomes of actions. In a way, the stratagem prescribes vagueness. Still, this vagueness also emphasizes important in-between spaces amid the physical and functional nature of artifacts; knowing-that and knowing-how; the normative and the destabilizing; making and critical evaluation; and positive and negative outcomes.

Echoing the design pattern that started this proposition off, we would like to see scholars (and students) share design patterns that address the coordination of recurring forces in the classroom (or learning environment), in a way similar to the liberating voices project. Before such a project could become reality though, a more practical starting point would be to share and discuss pedagogical design patterns amongst learners in the immediate environment. Ideally, this pattern analysis/generation process would involve both students and teachers, rethinking how to  make change in the classroom and beyond.

One could suggest more sophisticated genres of hybrid learning products than has been the case of this proposition, of course, but a benefit over for example social network graphs, or hi-fi prototypes is that the genres suggested in this paper are fairly low threshold – they do not require programming skills or complex software packages, and can be easily modified to build on the skills already acquired by students. Underpinning this proposition is the assumption that all students are different – they have different identities, experiences, goals, fears and preferences. By aiming for an equally diverse range of presentation formats, we imagine a more just, agential, non-discriminating way of learning. That is, rather than repeatedly forcing a diverse range of students to conform to one recurring format (that of the academic paper), we identify the necessity of matching diversity with diversity. 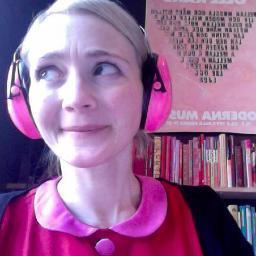 Lina Rahm
Lina Rahm is a doctoral student at the Dept. of Behavioural Sciences and Learning at Linköping university, Sweden. She holds a BSSc in Gender studies, an MSSc. in social and welfare studies.
Twitter RSS
Read more articles by Lina Rahm. 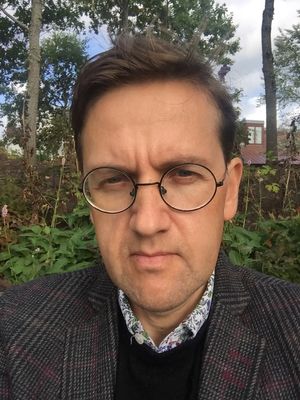 A Pedagogy of Discovery: Reflections on Teaching Tech to Elementary Students
When I discovered a rather nondescript blurb on Craigslist about needing an immediate replacement for a “technology specialist,” I didn’t know exactly what I’d find. Much to my joy, however, I soon found myself working once a week at a private elementary school, tasked with various tech-related responsibilities,